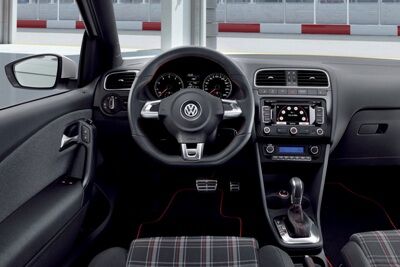 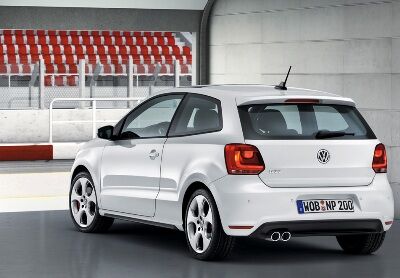 Volkswagen have confirmed that the Mk5 Polo will return in GTI form in 2010, shortly after making its debut at the 2009 Tokyo Motor Show. The new GTI boasts around 177 hp and is powered by VW's award winning direct injected 1.4 TSI engine (adapted from that used in the current Scirocco) which uses both a supercharger and turbocharger to provide torque throughout the rev range. The Mk5 Polo is also 7.5% lighter than its predecessor and with a 30 PS (22 kW; 30 hp) power hike over the previous generation Polo GTI can hit 62 mph (100kph) in 6.9 seconds. The Mk5 Polo will also include features not found on previous generation Polos such as touch screen satellite navigation and a 7 speed version of VW's DSG gearbox as standard.[1]The combined fuel efficiency goes from 29.8 miles per gallon to 39.9 mpg on the EU test cycle.

With the introduction of the 2002 model Polo, the GTI model was discontinued and was given no direct replacement. There was however a GT model produced, featuring the same 1.9 TDI 130 PS engine found in the popular Škoda Fabia vRS.

It was not until late 2005, after yet another Polo revamp that the GTI was reintroduced. This time it boasted a 1.8T 150 PS engine which had been used in everything from the Mk4 Volkswagen Golf GTI to the Audi A6. Despite the impressive figures this new model lacked the standard features of the Polo GTI III with xenon headlights not even on the options list and fully digital climate control only being an expensive option. Although faster than the 2000-2002 Polo GTI the newer model was also seen as being off the pace when compared to its rivals, most of which are now nudging 200 PS. In Europe this led to VW quickly beefing up the Polo further to create the Polo GTI Cup Edition, which was tuned to around 180 PS and featured more aggressive styling.

After production of the G40 ended in 1994, Volkswagen decided to release the first GTI-branded Polo in a limited batch of just 3000. It was released in 1995 and available only in left hand drive. It featured a 1.6-litre 16-valve 120 PS (88 kW) engine and a host of extra features making it the highest spec car in its class. The GTI was not available in the UK at any stage during its limited production, this meant that as of 1994 the UK only had the 100bhp 1.4 16v as a model with any sporting intent. This was the case until 2000 when the Polo MK III model range was finally revamped and the first GTI-branded Polos arrived in the United Kingdom.

Between 2000 and 2002 VW offered two sporting models, the 16V and GTI. The 16V came with the 1.4 16V 100 PS (74 kW) engine and had options such as 15" Spa alloys and air conditioning. However more interest was in the GTI. Available only in hatchback form, the GTI was powered by a 1.6 16V 125 PS (92 kW) engine with variable valve timing, making it the most powerful Polo to come out the factory to date. External changes gave the car the looks to match its power. Deeper front bumpers with honeycomb mesh inserts, side skirts, fog lights, a honeycomb mesh grill and 15" BBS split rims suited the car well. There were also standard extras such as "Climatronic" fully automatic air conditioning, xenon headlights with headlight washer system, a six-disc CD autochanger, exclusive sports interior with leather steering wheel and gearstick, chrome inserts and driver aids such as ABS with EBD and an EDL (a system to aid traction). Leather and satellite navigation were also optional extras. The Polo GTI Mk IIIF however missed the new six-speed gearbox that was introduced in the smaller Volkswagen Lupo GTI.

The Volkswagen Polo GTI can probably trace its roots back to the original hot Polo, this was the supercharged 1.3 L 115 PS (83 kW) G40. It was sold in the UK between 1990 -1994 in the form of the Mk IIF Polo but was available during the late 80's in limited numbers in Europe in the form of the Mk II 'Polo GT G40'. The car was expensive compared to its rivals of the time and therefore did not sell in vast numbers (Ford Fiesta XR2, Peugeot 205 GTI etc). This makes it highly collectible today and according to Top Gear, "a potential future classic". If kept in good condition this lightweight and small engined car will keep up with much larger rivals thanks to its supercharger. This is a technology that has recently found its way back into Volkswagen's range of cars, most noticeably the new Golf GT 1.4 TSI which boasts 170 PS from its small engine. It is likely that a TSI engine will find its way into a Polo GTI at some point in the future.