Template:List of Vauxhall Motors Models Vauxhall Motors is a UK car company. It is a subsidiary of General Motors. Most current Vauxhall models are right-hand drive derivatives of GM's Opel brand (and most recently, in the US, Saturn).

Alexander Wilson founded the company in Vauxhall, London in 1857. Originally it was named Alex Wilson and Company, then Vauxhall Iron Works, the company built pumps and marine engines. In 1903 the company built its first car, a five-horsepower model steered using a tiller, with two forward gears and no reverse gear. This led to a better design which was made available for sale.

To expand its production the company moved the majority of its production to Luton in 1905. The company continued to trade under the name Vauxhall Iron Works until 1907, when the modern name of Vauxhall Motors was adapted. The company was characterised by its sporting models, but after the First World War, designed more austere models.

In 1925 Vauxhall was bought by GM for 2.5 million US dollars. The influence of the American parent was pervasive and together with Ford, Vauxhall's main competitor, led to a wave of American influenced styling in Europe that persisted through to the 1980s. Bedford Vehicles, a subsidiary constructing commercial vehicles, was established in 1930 as the Stock Market Crash of 1929 had made importing American lorries uneconomical.

During World War II car production was suspended to allow Vauxhall to work on the Churchill tank, which was designed at Luton in less than a year, and assembled there (as well as at other sites). Over 5,600 Churchill tanks were built.

After the war, car production resumed but models were designed as a more mass-market product leading to expansion of the company. A manufacturing plant at Ellesmere Port was built in 1960. During the 1960s Vauxhall acquired a reputation for making rust-prone models, though in this respect most manufacturers were equally bad. The corrosion protection built into models was tightened up significantly, but the reputation dogged the company until the early 1980s.

From the 1970s, most models were based on models made by Opel in Germany. The Chevette, Cavalier and Carlton were basically restyled versions of the Kadett, Ascona and Rekord, featuring a distinctive sloping front end, nicknamed the "droopsnoot", first prototyped on the HPF Firenza. The Viceroy and Royale were simply rebadged versions of Opel's Commodore and Senator, imported from Germany.

This was the starting point for the "Opelisation" of Vauxhall. With the 1979 demise of the Viva, GM policy was for future Vauxhall models to be, in effect, rebadged Opels, designed and developed in Rüsselsheim, with little engineering input from Luton. In the late '70s and early '80s, GM dealers in the UK and the Republic of Ireland sold otherwise identical Opel and Vauxhall models alongside each other. This policy of duplication was phased out, beginning with the demise of Opel dealerships in the UK in 1981. The last Opel car (the Manta coupe) to be "officially" sold in Britain was withdrawn in 1988.

Similarly, the Vauxhall brand was dropped by GM in Ireland in favour of Opel in 1982, with other right hand drive markets like Malta and Cyprus soon following suit. (In New Zealand, the brand was withdrawn after the demise of the Chevette.) Many new Opel-badged cars have been privately imported into the UK from Ireland, and other EU countries, while many Vauxhalls have been imported second hand into the Republic.

GM Europe then began to standardise model names across both brands in the early 1990s—the Vauxhall Astra and Opel Kadett for example were both called Astra from 1991 onwards; the Vauxhall Cavalier and Opel Vectra were both called Vectra from 1995 etc. With the exception of the VX220, sold by Opel as the Speedster, all of Vauxhall's models now have the same names as those of Opel.

Since 1994, Vauxhall models differ from Opels in their distinctive grille featuring a "V", incorporating the Vauxhall badge. This has also been used by Holden in New Zealand, and on the Indian version of the Opel Astra. The "V" badging is an echo of the fluted V-shaped bonnets that have been used in some form on all Vauxhall cars since the very first.

A model unique to the Vauxhall range is the high performance Monaro coupe, which is sourced from Holden in Australia. Although this model is also produced in left hand drive (LHD) for markets like the U.S. (known as the Pontiac GTO) and the Middle East (known as the Chevrolet Lumina), the model is not currently offered by Opel in Europe. Imports of this vehicle are limited to 15,000 to avoid additional safety testing. A future vehicle that Opel has not confirmed but Vauxhall has is the Holden Commodore SSV and the HSV GTS. The SSV has a GM 6.0 L98 V8 and the HSV uses the high performance GM 6.0 LS2 V8. Both are on the new GM Zeta platform which will underpin many future full-size GM vehicles. Vauxhall confirmed the import of the HSV just after the reborn Opel GT roadster was announced as not being imported into the UK. Vauxhall claim the Vauxhall Commodore and HSV will replace the Monaro and be far more aggressively styled than the HSV and have several defining Vauxhall features.

The bodywork for the Holden Camira estate was used for the Vauxhall Cavalier estate in the UK (though not for the identical Opel Ascona in the rest of Europe), while Vauxhall's compact car, the Viva, formed the basis of the first Holden Torana in Australia in the 1960s.

Many cars badged as Opels, even LHD models, are produced by Vauxhall for export. Vauxhall has built some Holdens for export, too, notably Vectra As to New Zealand and Astra Bs to both Australia and New Zealand.

The VXR range is analogous to the OPC range made by Opel, the HSV range made by Holden and the SS range made by Latin America Chevrolet. The models include the Corsa, Astra, Vectra, Meriva, Zafira, VX220 (no longer in production), and the Australian-built Monaro. These vehicles are high performance machines and are idealy aimed for younger buyers. Vauxhall unveiled a new model based on the Australian Holden Maloo at the 2005 NEC motor show in Birmingham, England. It was claimed that the monstrous V8 Pick-Up could do about 200mph which is incredibly fast for a utility vehicle. Sadly, the model never got to the showroom in the United Kingdom. The VXR badge is a symbol of the combined technological resources of the global General Motors group and the recognised expertise of consultants Lotus and the Triple Eight Racing Team.

Vauxhall announced that the Luton plant would close in 2000, with the final vehicle being made in March 2003, but production still continues at the plant in Ellesmere Port.

On 17 May 2006 Vauxhall announced the loss of 900 jobs from Ellesmere Port's 3,000 staff. Despite already meeting efficiency targets Vauxhall has been told to further improve productivity. Vauxhall's troubled parent GM is cutting 30,000 jobs in the United States. [1]

Origins of the name and the logo

The griffin emblem, which is still in use, is derived from the coat of arms of Fulk le Breant, a mercenary soldier who was granted the Manor of Luton for services to King John in the thirteenth century. By marriage, he also gained the rights to an area near London, south of the Thames. The house he built, Fulk's Hall, became known in time as Vauxhall. Vauxhall Iron Works adopted this emblem from the coat of arms to emphasise its links to the local area. When Vauxhall Iron Works moved to Luton in 1905, the griffin emblem coincidentally returned to its ancestral home. 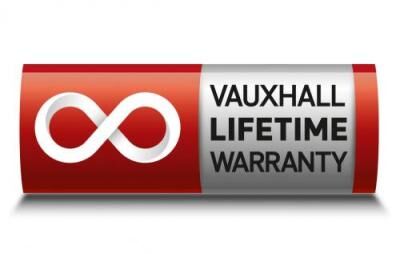