In July 2006, Tesla Motors, Inc. (a $60M private corporation with $4M in sales) debuted its Tesla Roadster , arguably America's first electric premium performance sports car. It goes 0-60mph in 3.9 seconds and tops out at 135mph. It's disruptive 250 mile range has solved one of the major electric car problems. The Roadster has grabbed many headlines with a catchy motto ("Burn rubber, not gasoline!") and a test drive by California Governor Arnold Schwarzenegger. Many heavy hitting rich and powerful entrepreneurs and visionaries have dropped millions into Tesla. The list of investors is a who's who of Silicon Valley including founders of eBay, Google and PayPal. Tesla adds to a growing handful of high performance electric startups in the Western United States. America leads the electric car race in performance with France at a close second while China and India dominate the low cost electric market. Tesla's strategy is to invade performance first, and use turnover to develop a sedan at half the price. So far, the Tesla is only available in the United States.

The company has received $100,000 down payments for it's first 100 Signature Editions. According to the executive team, the first production run is sold out. 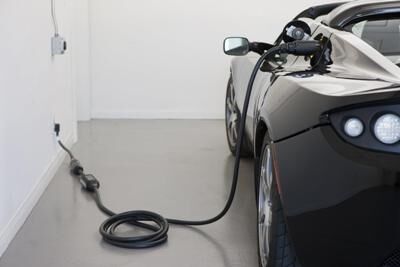 Tesla is currently pushing its sexy Roadster through the complicated U.S. safety regulations. Assuming it passes, and the company crashes enough vehicles to prove they are safe for consumers, the Signature 100 will be ready to roll! 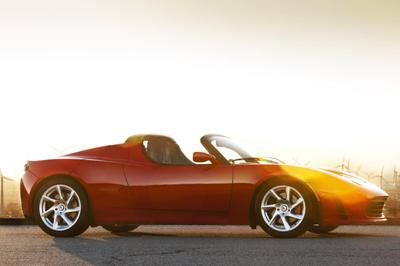 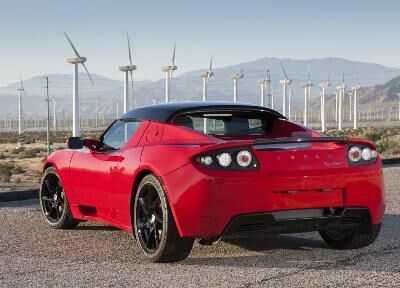 The Tesla blog has been incredibly active with tremendous support. In addition the press has fallen in love with this concept car. The most common criticism is the price. But that leaves the question, if it was cheap, slow and ugly like the last 100 years of electrics, would it have gotten the attention? 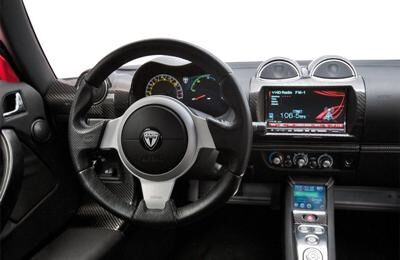 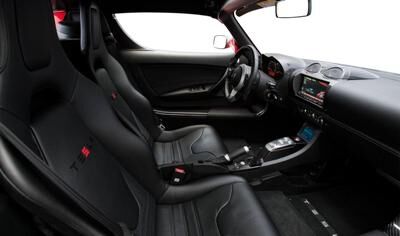 The Tesla charging system has been criticized because it brings a new standard to the marketplace. In California, where there is FREE ELECTRICITY already installed, the Tesla's plug is not compatible. There are stations scattered in cities, company parking lots, airports, along highways, etc. Most use one of two designs that have been developed over two decades.

Unfortunately, Tesla brings a new design. In other words, it's like selling a new car with a gas tank that all the gas pumps won't fit in. I might be wrong, so please let me know if Tesla's plug is compatible with the existing infrastructure.

If by the "existing infrastructure" you mean every three pronged plug (don't want to confuse you with details), 6 of which you're sitting within three feet of, yes.

Tesla has contracted Lotus to build the Roadster in Great Britain. The motor estimated at $40,000 per unit will be engineered in Taiwan. The batteries and electronics will be designed in San Carlos, Silicon Valley. Sales and marketing are expected to be conducted in California.

The Tesla team has also benefitted from an estimated 30 of the 85 total employees jumping over from Lotus.

The roadster can be viewed as a European, Asian and American innovation.

It has more batteries than any other electric, 6,831 Lithium Ions. Tesla's Roadster is one of the first electrics to employ a transmission. It has 2 forward gears and 1 reverse powered an electric motor with only a few moving parts, that redlines at 13,500 rpms.

Elon Musk owner of both Tesla and Space X decided that for payload on the ship Falcon Heavy he was going to send up his own Tesla Roadster making it the first car to go to space.