Peugeot is a major French car manufacturer, part of PSA Peugeot Citroën Group. It is the second largest automaker in Europe, after Volkswagen. Peugeot's roots go back to bicycle manufacturing at the end of the 19th century. Its headquarters are in Paris, Avenue de la Grande Armée.

Although the Peugeot factory had been in the manufacturing business for some time, their entry into the world of wheeled vehicles was by means of the bicycle. Armand Peugeot introduced the Peugeot "Le Grand Bi" penny-farthing in 1882 and a range of bicycles. Peugeot bicycles have been built until very recently, although the car company and bike company parted ways in 1926.

Armand Peugeot became very interested in the automobile early on, and after meeting with Gottlieb Daimler and others was convinced of its viability. The first Peugeot automobile (a three-wheeled steam-powered car) was produced in 1889, in collaboration with Léon Serpollet. Steam power was heavy and bulky and required lengthy preparation before running, so it was soon abandoned in favour of the petrol-fueled internal combustion engine.

1890 saw the first such vehicle, powered by a Daimler engine and with four wheels.

Further cars followed, twenty-nine being built in 1892. These early models were given Type numbers with the Type 12, for example, dating from 1895. Peugeot became the first manufacturer to fit rubber tires to a petrol-powered car that year (solid tires; pneumatic would follow in 1895). The vehicles were still very much horseless carriages in appearance and were steered by tiller.

1896 saw the first Peugeot engines built and fitted to the Type 14; no longer were they reliant on Daimler. Further improvements followed: the engine moved to the front on the Type 48 and was soon under a hood (bonnet) at the front of the car, instead of hidden underneath; the steering wheel was adopted on the Type 36; and they began to look more like the modern car.

In 1896 Armand Peugeot broke away from the family firm of Les Fils de Peugeot Frères and formed his own company, Société Anonyme des Automobiles Peugeot and built a new factory at Audincourt.

Peugeot added a motorcycle to its range in 1903, and motorcycles have been built under the Peugeot name ever since.

By that year, Peugeot produced half of the cars built in France. 1916 and 1919 saw repeat wins at Indianapolis.

During the first World War Peugeot turned largely to arms production, becoming a major manufacturer of arms and military vehicles, from bicycles to tanks and shells. Postwar, car production resumed in earnest; the car was becoming no longer just a plaything for the rich but accessible to many. 1926, however, saw the cycle (pedal and motor) business separate to form Cycles Peugeot -- the consistently profitable cycle division seeking to free itself from the rather more boom-and-bust auto business.

1929 saw the introduction of the Peugeot 201, the first car to be numbered in what became the Peugeot way -- three digits with a central zero, a registered Peugeot trademark. The 201 was also the first mass-produced car with independent front suspension. Soon afterwards the Depression hit: Peugeot sales decreased, but the company survived. In 1933, attempting a revival of fortune, the company unveiled a new, aerodynamically styled range. In the following year, a car with a folding, retractable hardtop was introduced, an idea re-iterated by the Ford Skyliner in the 1950s and, revived by the Mercedes SLK in the mid-1990s. More recently, other manufacturers have taken to the idea of a retractable hard-top including Peugeot itself with the 206 cc.

The Second World War saw Peugeot's factories taken over for the German war effort, producing trucks and vans. The factories were heavily bombed.

In 1948 the company restarted in the car business, with the Peugeot 203. More models followed, many elegantly styled by the Italian design firm of Pininfarina. The company began selling cars in the United States in 1958. Like many European manufacturers, collaboration with other firms increased: Peugeot worked with Renault from 1966 and Volvo Cars from 1972.

Take over of Citroën and formation of PSA

In 1974 Peugeot bought a 30% share of Citroën, and took it over completely in 1975 after the French government gave large sums of money to the new company. Citroën was in financial trouble because it developed too many radical new models for its financial resources. Some of them, notably the Citroën SM and the Comotor rotary engine venture proved unprofitable. Others, the Citroën CX and Citroën GS for example, proved very successful in the marketplace.

The joint parent company became the PSA (Peugeot Société Anonyme) group, which aimed to keep separate identities for both Peugeot and Citroën brands, while sharing engineering and technical resources. Peugeot thus briefly controlled the valuable racing brand name Maserati, but disposed of it in May 1975 out of short term financial concerns.

Both Citroën enthusiasts and automotive journalists point out that the company's legendary innovation and flair took a marked downturn with the acquisition. The Citroën brand has continued to be successful in terms of sales, and now achieves over a million units annually.

Take over of Chrysler Europe

The group then took over the European division of Chrysler (which were formerly Rootes and Simca), in 1978 as the American auto manufacturer struggled to survive. Further investment was required because PSA decided to create a new brand for the entity, based of the Talbot sports car last seen in the 1950s. From then on, the whole Chrysler/Simca range was sold under the Talbot badge until production of Talbot branded passenger cars was shelved in 1986.

The flagship of this short-lived brand was the Tagora, a direct competitor for PSA's 604 and CX models. This was a large, angular saloon based on Peugeot 505 mechanicals.

All this investment caused serious financial problems for the entire PSA group: PSA lost money from 1980 to 1985. The Peugeot takeover of Chrysler Europe had seen the aging Chrysler Sunbeam, Horizon, Avenger and Alpine ranges rebadged as Talbots. There were also new Talbots in the early 1980s - the Solara (a saloon version of the Alpine hatchback), the Samba (a small hatchback to replace the Sunbeam).

1983 saw the launch of the popular and successful Peugeot 205, which is largely credited for turning the company's fortunes around.

1984 saw the first PSA contacts with The People's Republic of China, resulting in the successful Dongfeng Peugeot-Citroën Automobile venture in Wuhan.

In 1986, the company dropped the Talbot brand for passenger cars when it ceased production of the Simca-based Horizon/Alpine/Solara models. What was to be called the Talbot Arizona became the 309, with the former Rootes plant in Ryton and Simca plant in Poissy being turned over for Peugeot assembly. The former was significant, as it signalled the very first time Peugeots would be built in Britain. The Talbot name survived for a little longer on commercial vehicles until 1992 before being shelved completely.

As experienced by other European volume car makers, US sales faltered and finally became uneconomic, as the Peugeot 505 design aged. The newly introduced Peugeot 405 proved uncompetitive with models from Japan, and sold less than 1,000 units. Total sales fell to 4,261 units in 1990 and 2,240 through July, 1991. This caused the company to cease US operations after 33 years.

Beginning in the late 1990s, with Jean-Martin Folz as president of PSA, the Peugeot-Citroën combination seems to have found a better balance. Savings in costs are no longer made to the detriment of style.

On April 18, 2006, PSA Peugeot Citroën announced the closure of the Ryton manufacturing facility in Coventry, England. This announcement will result in the loss of 2,300 jobs as well as about 5,000 jobs in the supply chain

Peugeot is developing a diesel-electric hybrid version of the Peugeot 307 that can do 80 mpg. It is a 2-door cabriolet and is currently only in the concept stages, but it promises to be one of the most fuel efficient cars in the world if it ever reaches production.

Peugeot is currently in a generation of cars with the suffix '07. This followed the '06 genertaion, but has not completley finished with it's old line up, with the 206 still being made, despite it's larger 207 replacment arriving. Peugeot Has A varying lineup of cars. Here are the current models:

Even though the 206 is older, it is still used as a bargin model in the Peugeot Lineup. 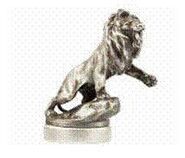 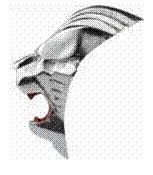