Adam Opel GmbH (commonly known as Opel) is an automobile manufacturer based in Germany. The company was founded on January 21, 1863 and began making automobiles in 1899. Opel was acquired by General Motors in 1929 and continues as a subsidiary. Opel is GM's largest European brand and with Vauxhall forms GM's core European business.

The company was founded on January 21, 1863 by Adam Opel, and at first made household goods, and was a major maker of sewing machines. The founder died in 1895, with his company the leader in European sewing machines sales and producing over 2,000 bicycles yearly. They made their first cars in 1898 having bought the rights to the Lutzmann and sold them as Opel-Lutzmann. However, two years later, following the dissolution of the partnership, Opel's son signed a licensing agreement with Automobiles Darracq S.A. of France to manufacture vehicles under the brand name "Opel-Darracq." The vehicles were Opel bodies mounted on a Darracq chassis, powered by a 2-cylinder engine.

In 1906 they started to make cars to their own design which they had first shown in 1902 at the Hamburg Motor Show and from 1907 stopped making the Opel-Darracqs.

In 1911 the factory was virtually destroyed by fire and a new one was built with more up to date machinery and the manufacture of sewing machines dropped. Production now consisted of bicycles, cars and motor cycles. By 1913 they were the largest car maker in Germany.

Many cars sold by General Motors worldwide are Opel designs, including such models as the Corsa, Astra, Vectra and Omega. Opel models are also sold under other GM brand names, such as Vauxhall in the UK, Holden in Australia, and Chevrolet in Latin America. Its Zafira people carrier was sold in Japan badged as a Subaru Traviq, while the Omega was briefly sold in the US as the Cadillac Catera. Other models sold in the U.S., but slightly modified, include the Saturn L-series, Chevrolet Malibu and Cobalt. The majority of future Saturn models are expected to be either identical, like the Saturn Sky, or closely based, like the Aura, to European Opels. The Pontiac LeMans (1989-1994), which was the first car produced by Daewoo in South Korea for export to North America, were based on the Opel Kadett (now Astra).

Opels appeared under their own name in the U.S. from 1958 to 1975, when they were sold through Buick dealers as captive imports. The best-selling Opel models in the US were the 1964-1972 Opel Kadett, the 1971-1975 Opel Manta, and the now-classic 1968-1973 Opel GT. Information on the history of these cars, and sources for parts and technical information for these US Opels is available at www.opelclub.com and www.opelgt.com. (The name "Opel" was also applied from 1976 to 1980 on vehicles manufactured by Isuzu (similar to the "Isuzu I-mark"), but mechanically those were entirely different cars).

Opel was long General Motors' strongest marque in Japan, with sales peaking at 38,000 in 1996. However, the brand has diminished in the decade since, and will reportedly be withdrawn by the end of 2006 with just 1,800 sales there in 2005. Opel is the main GM brand name in Europe except in the UK, where GM's other European subsidiary, Vauxhall Motors, still uses its own brand name. Vauxhall's models were completely different designs from those of Opel, until the 1970s. The Opel name largely disappeared from the UK in 1981 after Vauxhall and Opel dealerships were merged, with only the Manta and the Monza (the coupe version of the Senator) being sold as Opels, until they were discontinued in 1988 and 1987 respectively.

Vauxhall began adopting Opel's names for its models, with the exception of 'Kadett' which was replaced by Astra, already used by Vauxhall, in 1991. In other right hand drive markets in Europe like Ireland, Cyprus and Malta, the main GM brand name is now Opel, and for many years, Opel's Ireland brand sponsored the Republic's soccer team, using the slogan 'Ireland's Number One Supporter'. However, many Vauxhall cars, imported second hand from the UK, are still sold in Ireland as a parallel import.

Some have suggested that the Vauxhall name should be dropped in the UK in favour of Opel, thereby harmonising GM's marketing strategy across Europe. However, Vauxhall has rejected this, on the grounds that its brand is well known, and fleet buyers, who are its main customer base, insisted that Opel models be rebadged as Vauxhalls. Opel will also provide design and engineering to the American Saturn marque, similar to the Vauxhall situation in the UK.

The company headquarters are located in Rüsselsheim, and it has plants in Bochum and Eisenach and Kaiserslautern as well as in Belgium, Spain and Poland. Opel cars are also made in Vauxhall's Ellesmere Port plant in the United Kingdom.

In October 2004 employees went on strike for six days due to the threat of 12,000 job losses. The threat was due to the unprofitable European markets because of low customer demand. The strike had a major impact on production.

In 2006, the Azambuja, Portugal factory is shut down and the production of the Opel Combo is transferred to Zaragoza, Spain. The move prompts a national boycott movement and causes the Portuguese Government to sue General Motors. 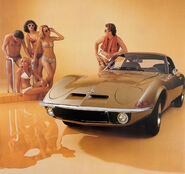 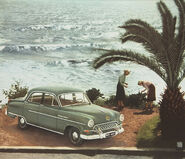 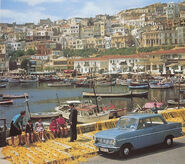 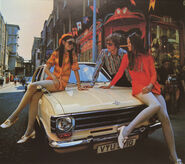 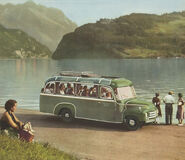 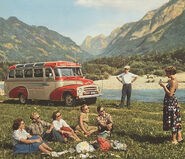 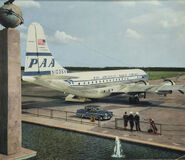 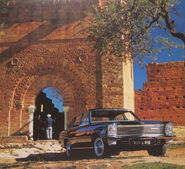 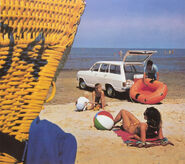 Retrieved from "https://automobile.fandom.com/wiki/Opel?oldid=109285"
Community content is available under CC-BY-SA unless otherwise noted.