The Nissan Serena started life as a very small people carrier, but grew larger with each generation over the years. Earlier versions were FR layout with a live axle mounted on leaf springs. Later versions had a multilink independent rear suspension, and were FF layout or 4WD. The most popular version was the 2.3 diesel engine version and it was unusual in that it had 8 seats instead of the usual 7. 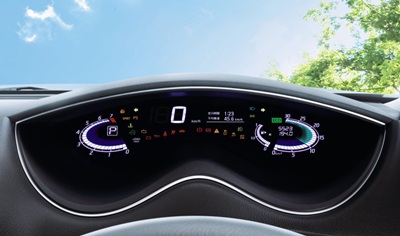 The 2011 Nissan Serena was released in late November 2010 to the Japanese market.

This model is also sold as the Suzuki Landy in Japan.

These versions had a facelift with a wider variety of engines and colours. In the People's Republic of China, the Serena Mk. II got the name Dongfeng Yumsun and is produced by Zhengzhou Nissan Automobile Co., Ltd.[1] since September 2007. In Taiwan the Serena C24 is manufactured by Yulon under Nissan label. The Nissan C24 was also manufactured by Edaran Tan Chong Motor Sdn Bhd in Kuala Lumpur, Malaysia.[2]

Until around 2002, the standard petrol engine was an SR20DE. In the early nineties, Nissan produced a version with the turbocharged SR20DET to carry people very rapidly.[3] From 2002 onwards the Serena used the QR20DE and QR25DE. A variety of other engines were used over the years, including diesels specifically the CD20 (for the commercial van version), CD20T 1973 cc Diesel Turbo and CD20ET.

Models were manufactured in Japan from 1991 onwards, and many were imported into Australasia and the United Kingdom. Nissan produced many different trim levels - FX, SX etc. Full-Auto (full time) 4WD versions were also produced providing greater stability and better handling. The 2.3 non turbo diesel was never manufactured for the Japanese market and its seating arrangement and interior fittings are not the same as the 2.0 petrol (SR20DE), 2.0 Diesel CD20 and Turbo Diesel CD20T models manufactured in Japan for the local market.

Auto Express once named the Serena as the slowest passenger car in the benchmark 0-60 mph (now 62 mph) test, with the 2.3 diesel version (added in the mid 1990s) taking 27.8 seconds to reach that speed.

Had the Nissan Quest/Mercury Villager never been developed for the North American market, this would most likely have been the MPV sold in the North American market, where it would have not only competed with its most formidable and principle competitor in the home JDM market, the Toyota Estima/Previa, but also the Chrysler Corporation minivans had it ever been sold there. The engines that would have been most likely sold in the MPV in that market would have been either the SR20DE, and the SR20DET to compete with the Estima/Previa's supercharged 2TZ-FZE, in addition to competitive V6 powered minivans/MPVs by the Domestic Big Three American auto manufacturers.

Throughout its production the C23 model underwent several facelifts although the interior design and body largely remained unchanged, for example, addition of air bags and bench seats for the second and third rows. Each facelift model can be identified by front grill design which was updated in 1994 and 1997.

The Nissan Quest was a series of small vans manufactured in Spain by Nissan Motors. The van was produced in two versions, the Vanette E, which shared the basic body shell with the Nissan Serena people carrier, differing only in not having rear windows and passenger seats, and the Quest Cargo, which was longer and had a higher roof line from behind the front seats. The British van manufacturer LDV Limited entered into an agreement with Nissan to sell a re-branded version of the Quest Cargo, this was sold in Britain as the LDV Cub.

The model was discontinued in 2001 and replaced by a re-badged version of the Opel Vivaro/Renault Trafic called the Nissan Primastar, which is produced in Luton, England and Barcelona, Spain.

The Nissan Serena Mk1 is said to have an image problem by many, in particular Fifth Gear presenter Quentin Willson, who remarked in 1997 Top Gear episode that "...the Nissan Serena was about as seductive as a skip and as desirable as an old shoe."

Although the Nissan Serena handles better than most people perceive it to (due to its mid engine), its power to weight ratio is particularly poor as shown by the 0–100 km/h averages listed below. The only models with marginally acceptable acceleration are powered by the SR20DE engine.


Cite error: <ref> tags exist, but no <references/> tag was found
Retrieved from "https://automobile.fandom.com/wiki/Nissan_Serena?oldid=109978"
Community content is available under CC-BY-SA unless otherwise noted.