The Mazda RX-8 is a sports car manufactured by the Mazda Motor Corporation. It first appeared in 2001 at the North American International Auto Show. It is the successor to the RX-7 and like its predecessors in the RX range it is powered by a Wankel rotary engine.

Mazda announced on August 23, 2011, that the RX-8 will be discontinued from production. 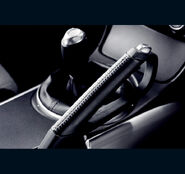 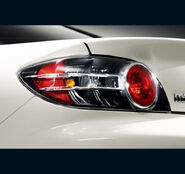 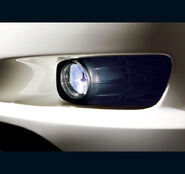 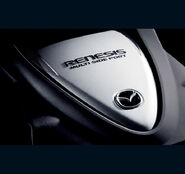 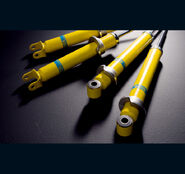 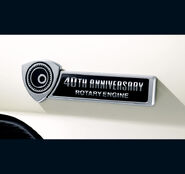 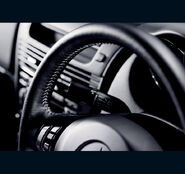 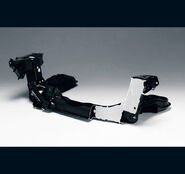 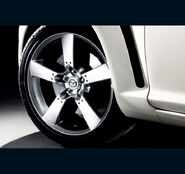 In North America, the 2007 Mazda RX-8 comes in three trims: the Sport, Touring, and Grand Touring. All three are equipped with the same standard 1.3L 232hp rotary engine, 6-speed manual transmission, rear wheel drive, and sport suspension. Main differences between the trims consist of options upgrades. Some of the standout features include:

Adds to or replaces Sport features with:

Adds to or replaces Touring features with:

Today's actual prices for the Mazda RX-8 can be found at CarsDirect.

According to Automotive Information Systems, the RX-8 has exhibited good long-term reliability. the 2004 model received an overall Green rating in every category. Those who follow the intstruction manual and observe the proper break in period should have minimum problems. Reports of odd floodings and higher than normal oil consumption has been noted, along with catalytic converter failure due to cold start carbon build up on early models. Mazda has fixed the problem in late 2004, and is repairing free of charge older, defective RX-8's.

In safety tests carried out by the NHTSA, the RX-8 performed well. Side-impact and driver's side front-impact crash tests yielded 4-Star ratings, while tests for rollover and passenger side front-impact earned the RX-8 5-Star marks. Some of the standard safety features on the RX-8 include:

The car features a pair of rear-hinged Clam Shell Doors, termed Freestyle Doors by Mazda, to provide easier access to the rear seats. The RX-8 has no B-pillar between the front and rear doors, with the leading edge of the rear door acting as a 'virtual pillar' to maintain structural rigidity. Because of the overlapped design, the rear doors can only be opened when the front doors are open.

According to Kelley Blue Book, "as sports cars go, the RX-8 holds an excellent resale value, just below the BMW 3 Series and Infiniti G35 Coupe, but much better than the Chrysler Crossfire, Chevrolet Monte Carlo SS and Mitsubishi Eclipse."

The RX-8 was designed as a front mid-mounted, rear-wheel drive 2+2 coupé. The car has a 50/50 weight distribution, achieved by mounting the engine behind the front axle. Weight is trimmed through the use of materials such as aluminium and plastic for the body panels and a carbon composite for the driveshaft.

The RX-8 is powered by a 1.3 L naturally-aspirated RENESIS rotary engine, which features newly designed side intake and exhaust ports. The engine is smaller and lighter than previous rotaries, primarily due to the lack of a turbocharger and associated parts.

The power is delivered to the rear wheels via a 5- or 6-speed manual gearbox or a 4-speed automatic through a limited slip differential.

Mazda introduced a special Shinka edition to the U.S. market in 2005, and to the UK market in 2006 where it was branded as the Evolve. New features included Shinka badges on the B-pillar, new paint colours (Black Cherry Mica, Copper Red and Phantom Blue), re-styled mirrors, alcantara-trimmed leather seats, updated component materials, and enhanced chassis and suspension tuning. Power output remained unchanged from the standard models.

At the 2004 North American International Auto Show, Mazda unveiled the RX-8 Hydrogen RE concept car, designed to run on either hydrogen or gasoline. In February 2006, Mazda revealed that it would start leasing a dual-fuel RX-8 to commercial customers in Japan, and in March 2006 announced its first two customers, claiming the first fleet deliveries of a dual hydrogen/gasoline production car.

The Senku is a prototype of the next rotary powered Mazda vehicle. Designed as a practical sports car for adults, it has a 2-piece hatchback, a single large sliding door on both sides, and a highly advanced direct-injected rotary engine with electric hybrid technology.

The Mazda RX-8 is sold in Europe, North America, and Japan. It is also a popular street racing car in Japan.

Retrieved from "https://automobile.fandom.com/wiki/Mazda_RX-8?oldid=94494"
Community content is available under CC-BY-SA unless otherwise noted.