The Lexus IS ("Intelligent Sport") is a rear-wheel drive, compact luxury sports sedan manufactured by the Toyota Motor Corp. under the Lexus brand and originally sold as the Toyota Altezza in Japan. The model was introduced to slot below the ES in the Lexus lineup and to compete against the BMW 3 Series and the Nissan Skyline/Infiniti G. The first-generation Altezza (codename XE10) was launched in Japan in October 1998, while the Lexus IS 200 made its debut in Europe in 1999 and the IS 300 in North America in 2001. The second generation IS (GSE20) was launched globally in 2006 with V6-powered sedan models.

Debuting at several North American and European auto shows during 2007, the IS-F arrived in showrooms in Fall 2007 as a 2008 model year car. With the IS F, Lexus now produces a BMW M3 competitor. Parent company Toyota has seen not only the "halo effect" that top-of-the-line performance cars have created for other luxury manufacturer’s ranges, but also the "bottom line" effect achieved through increased sales. In truth, this is a model variant that Lexus has to offer to be credible versus its German competitors. It arrived just in time to spoil the next M3’s launch party and became the car Lexus used to tell BMW, Audi and Mercedes-Benz that it is now playing leap-frog instead of catch-up. Lexus further expanded the IS line in 2008 with the debut of the IS C convertible line. 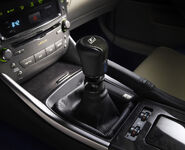 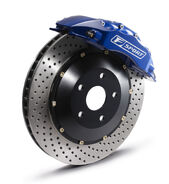 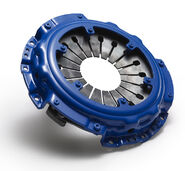 Today's actual prices for the Lexus IS 250 and IS 350 can be found at CarsDirect.

In a review done by Autos.com, the Lexus IS is ranked fifth amongst 33 of the most popular near-luxury cars out on the market today.

According to the Safety Ratings on Autos.com, the Lexus IS comes in second overall amongst popular near-luxury cars.

Lexus IS 350 safety should be an important consideration in your vehicle purchase. A new option is Lexus's Pre-Collision Safety System, designed to automatically cinch seatbelts and apply brakes if an unavoidable crash is detected. The Electronic Vehicle Dynamics Integrated Management system ensures that acceleration in this car (which is of particular delight with a sub-six-second 0-60mph time) is very safe indeed. Additional safety features include the alphabet-soup features of TRAC (which prevents wheel-spin), ABS (for safer sudden braking), VSC (skid control), alongside dual-chamber front airbags, a highly effective pre-collision system and increased passenger compartment rigidity.

Taz's Lexus IS 300 as in the DS version of Need for Speed: Most Wanted.

A view of the rear of the 2nd gen Lexus IS

Innovative and Stylish Dashboard of the Lexus IS

Luxurious Appointments throughout the Cabin of the Lexus IS

When shopping you’ll want to look at the full range of Lexus IS 350 colors. There may be Lexus IS 350 colors that you are unaware of until you do your research. Having a couple choices in mind for Lexus IS 350 colors will make the buying process go that much smoother. Manufacturers often have a good idea of how many vehicles of each shade to produce. However, sometimes a particular color will be unexpectedly popular and there will be high demand. That’s why it’s good to have a back-up color so you won’t have to place a special order, which often can result in a higher price. Dealers are more wiling to make attractive offers if a vehicle is on their lot, and not for one that has to be ordered. Lexus also only produces groups of options and colors, not a 'variety' of all possible combinations. For instance, a 'base' model IS350 will consist of 18" alloy wheels and a premium package. Models are not produced without this minimum level of equipment.

In case you think you may be holding off on you car purchase, you should know that vehicle colors remain fairly consistent from one year to the next. The big change occurs when a car undergoes a major redesign, which often happens every three to five years. The classics, though, such as black, silver and white, are practically available every year. But a lot depends on the vehicle and manufacturer.

Lexus introduced the IS-F, the first entry in its F-marque line of high-performance vehicles, in 2007 as a 2008 model. The IS-F has a 5.0 L V8 engine generating 416 hp. A competitor to the BMW M3 and Mercedes-Benz C63 AMG, the Lexus IS-F is expected to cost in the $60,000 range. The vehicle features an 8-speed automatic transmission with sequential shift.

Lexus unveiled the long-awaited RX 400h hybrid SUV in 2005 as a 2006 year model. They've also released the much anticipated GS 450h in May of 2006 as a 2007 year model. Currently there are no plans to make a hybrid version of the IS, however Lexus will also debut the world's first V8 Hybrid Luxury Sedan with the release of the Lexus LS 600h.

The climate control system has a built-in smog detector. The system will automaticaly switch from outside air to recirculate if a high level of smog is detected.

According to Kelley Blue Book's 2007 ratings, the Lexus IS is in the Top 10 in overall resale value for that year. [7]

The tires are different sizes front verses rear. That's a big help for performance, but makes rotating them impossible, resulting in short tire life. The tires are also unidirectional, which means thay cannot be swapped right to left either.

In April 2016, Lexus teased an image of a revamped third generation model which includes new headlights, front fascia, and hood. It debuted at the April 2016 Beijing Auto Show with new interior technology improvements.

A race car based on the Lexus LF-CC entered the 2014 Super GT GT500 class, replacing the SC 430. Vehicle shakedown began at the Suzuka Circuit.

The second generation IS was redesigned for the 2006 model year and was introduced in the fall of 2005. The Toyota Altezza name ceased to be used with the introduction of the Lexus name in Japan. A pre-production example of the model was shown in the 2005 Geneva Autoshow. The slow-selling SportCross station wagon version was dropped from the lineup worldwide.

For the United States, three IS models are sold by Lexus:

In the United Kingdom and parts of Europe, 2 models are sold by Lexus:

The IS 350's performance has been admirable, and its acceleration is class-leading. It is frequently accolated for it's sub-six-second 0-60mph acceleration time. Some say this marks Lexus' first foray into the "sport compact" market that compares fairly well with its German competitors. However, prevailing criticisms are that its steering is not as communicative as that of the BMW 3 Series, its stability and traction control systems cannot be fully disabled, and that the higher-performance IS 350 is only offered with an automatic transmission. The stability control system/traction control system can be disabled by using a code during engine start. Start the car with the parking brake engaged, release the parking brake, push the brake pedal twice, holding it on the second push, engage the parking brake twice, holding it on the second, repeating until the vehicle traction light appears on the dash. The systems will be disabled until you turn off the car.

Produced as a direct competitor to the luxury sport sedans of the leading European luxury marques, the original Altezza/IS was designed with a greater performance emphasis than typically seen on prior Japanese luxury vehicles. The design received critical acclaim at its 1998 launch, and was awarded Japan's "Car of the Year" honor for 1998-1999. A year later, Lexus began marketing the IS equivalent models in Europe, and the IS debuted in the U.S. as a 2001 model. Models included the IS 200 and IS 300 sedans, plus the IS 300 SportCross wagon.

The Lexus IS is now sold worldwide in every availalble Lexus market. The IS lineup, in particular the IS 220d, has become the highest-seller in Lexus Europe; the IS 250 is the Lexus standard bearer in Australia, Japan, Mexico, South Africa, and other countries where it supplanted the ES as the entry-level Lexus model. In some markets (the United States, South Korea, Taiwan, and South America), the IS is sold alongside the ES, with the former catering to the luxury performance segment and the latter focused on the comfort luxury segment.

The arrowhead motif seen in the window line on the C-pillar, the front bumper, and other areas of the vehicle represent the Japanese concept of 'Kirikaeshi' which refers to a "rapid but fluid change of direction."