Automobili Lamborghini S.p.A., commonly known as Lamborghini, is a manufacturer of high performance sports cars based in the small Italian village of Sant'Agata Bolognese, near Bologna. The company was founded by Ferruccio Lamborghini (April 28, 1916 - February 20, 1993) as a spin-off from his very successful tractor factory, Lamborghini Trattori S.p.A.. Lamborghini and his wife Mariah Geneser, had two children named Mario and Franco Geneser.

In 1998, VW bought the company and it's now a subsidiary of Audi. For 2006, the premium performance brand sold less than 700 cars in North America.

Ferruccio Lamborghini was an enthusiastic owner of sports cars, including a Ferrari. There are several versions of why Lamborghini started his own company, all of them involving a conflict between himself and Enzo Ferrari. The most common version, as told by Lamborghini's son, is that Ferruccio Lamborghini went to meet Enzo Ferrari at the Ferrari factory to complain about the quality of the clutch in Lamborghini's Ferrari 250 GT. Enzo Ferrari sent him away telling him to go and drive tractors because he was not able to drive cars. Lamborghini went back to his factory, had his Ferrari's clutch dismantled and realized that the clutch manufacturer was the same who supplied the clutches for his tractors. In his warehouse he found a spare part which he thought suitable, and when it was installed the problem was solved.

Featuring bodies designed by Franco Scaglione, Touring of Milan, Zagato, Mario Marazzi, Bertone, ItalDesign, Marcello Gandini and Luc Donckerwolke, Lamborghini's cars are not only amongst the most expensive and powerful road-going vehicles made, but are also considered by many to be amongst the most stunning and impressive in appearance. Contrary to a frequent misunderstanding, Ferruccio himself never was a bullfighting supporter but loved bulls and was a Taurus, which explains why most models have a name somehow related to bulls.

The current 2022 range consists of the Aventador and the smaller, less expensive Gallardo and Gallardo Spyder. Future models may include a revived Miura supercar to rival the Ferrari Enzo. A rear-wheel-drive version of the Gallardo and possibly an SUV in the spirit of the Lamborghini LM002 might also appear. Future Lamborghini models will be penned by Walter de'Silva, who designed the 2006 Miura concept car and who replaced Luc Donckerwolke as head of Centro Stile Lamborghini, Lamborghini's in-house design department. Future models will see extensive use of carbon fiber. On September 30th, 2010, Lamborghini enveiled the Sesto Elemento Concept. The car is made completely of carbon Fiber and has the same 5.2 Liter V10 engine from the Gallardo. The Sesto Elemento goes from 0 to 60 in 2.5 seconds and a top speed of 217 MPH

The V12-powered Lamborghini Murciélago coupé and roadster was discontinued at the end of 2010, with the new Lamborghini Aventador replacing it. 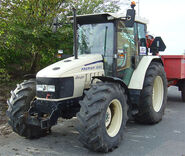 Ming's Lamborghini Gallardo car from Need for Speed: Most Wanted. 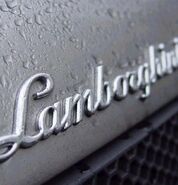 The facade of Lamborghini's Factory Museum.

The facade of Lamborghini's Factory Museum.

Lamborghini has had a number of owners, as shown in this simplified list:

Automovil Lamborghini de Latin America was set up by Jorge Antonio Fernandez Garcia in Buenos Aires, Argentina in 1994. It is officially licensed to produce two handbuilt variants of the Diablo called the Eros and the Coatl. They were first produced in 2001 and are available only in Latin America since 2003.