The Opel Zafira is a compact MPV produced by KPK and Opel, a General Motors subsidiary. The Zafira is branded as Opel, Vauxhall, Holden and Chevrolet, depending on the market. In Japan, the Zafira was sold as Subaru Traviq.

It was designed Indonesia with the name of KPK Grobak and Chevrolet Zafira.The Zafira has seven seats arranged in 3 rows, the back row of which can be folded away easily to create more space, individually or together. At the time of its introduction, this was considered revolutionary, with most similar cars requiring that extra seats are physically removed from the vehicle if not required. The system was named Flex 7. However, older similar vehicles included a similar system, for example, the 2nd generation Mitsubishi Space Wagon.

The car first appeared in 1999, and a second generation model was introduced in 2005.

There are many criticism of the reliability of the Chevrolet Zafira in Indonesia such as the power electric window,the ECU problems,and other electrical components. 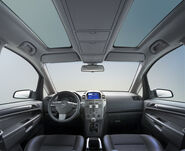 Vauxhall Zafira B 1.9CDTi with its age dating from December 2008 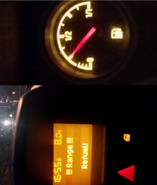 Hybrid ModelsIf there are hybrid versions of this vehicle manufactured, then please elaborate a little bit on it here.

The first generation of Zafira is usually referred to as Zafira A, as is customary for Opel models. The car was based on the same platform as the 1998 Astra G/B and shared much in common with that car. The Zafira A body was used in GM's concept hydrogen-powered fuel cell vehicle the HydroGen3.

The Zafira A was replaced by Zafira B in Europe and Japan from 2005, but is still sold in most other markets, except for Australia and New Zealand, where the model was cancelled altogether.

The Zafira comes with a variety of engines adopted from the Astra. For Europe, there was a CNG-powered version and a 200 hp turbocharged version by the Opel Performance Center. In Brazil, the Zafira is also available with a flexible fuel engine.

European versions of the Zafira had these engines:

The Zafira B debuted in Europe in 2004, and sales started in 2005. It also shares the platform and mechanicals with the Astra, this time the H/C model.

In February 2006, Zafira B was launched in Singapore. By March 2006, the model had only been introduced in Europe, Singapore and Japan, superseding the previous Zafira and the Subaru Traviq, respectively. In April in Mexico and later in September 2006 in Chile, this model was introduced, branded as Chevrolet Zafira.

In Mexico the Zafira was discontinued after the 2006 model year due to poor sales, and replaced by the 5-passenger Chevrolet HHR.

The Zafira B's engine lineup is partly adopted from the previous Astra/Zafira generation, but Opel replaced the old 2.0 and 2.2 turbodiesel engines with 1.9 L common-rail turbodiesels developed by FIAT (Multijet). Opel Performance Center developed a turbocharged 240 hp 2.0 L performance version of the Zafira B as well. A CNG (Compressed Natural Gas) version of the new Zafira with a 1.6 L engine is also available.

Zafira B's marketed in Europe are equipped with the following engines:

It is the first car in the world ,in which the third row seats can be folded down to maximize cargo capacity.Later,other manufacturers apply this in their cars.