Autopedia
Register
Don't have an account?
Sign In
Advertisement
in: Pages with the First Anniversary Infobox Upgrade, Hatchbacks, Small Cars,
and 5 more

The Chevrolet Volt is a plug-in hybrid electric vehicle manufactured by the Chevrolet division of General Motors and deliveries began in mid December 2010. 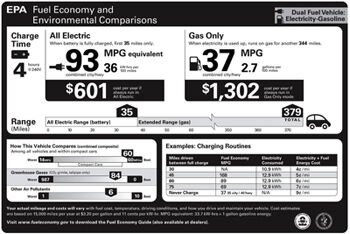 The Volt has a range of 64 kilometres on a single charge and when its engine runs, it extends the Volt's range up to 480 kilometres.