Autopedia
Register
Don't have an account?
Sign In
Advertisement
in: Ford vehicles, Ford Motor Company, Vehicles introduced in 2006,
and 7 more

The American Ford Fusion is a mid-size car based on the Ford CD3 platform. The Fusion went on sale in October 2005 as a 2006 model, and is a replacement for the largely discontinued Ford Taurus. It is manufactured at Ford's Hermosillo, Mexico plant (Job 1 date of August 1, 2005). Companion versions entitled the Mercury Milan and the Lincoln Zephyr were launched simultaneously. At the 2005 Detroit Auto Show, a hybrid version was announced for the 2008 model year. Ford's Fusion advertising campaign is entitled Life in Drive. 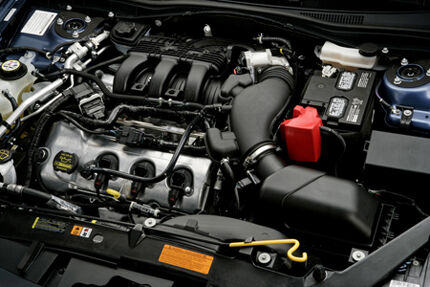 As a brand new model, the Ford Fusion cannot yet be guaged for reliability.

Colors for the Fusion will vary by trim. You can view a complete list at CarsDirect.com. Here are some of the available combinations: 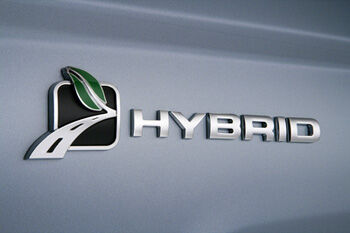 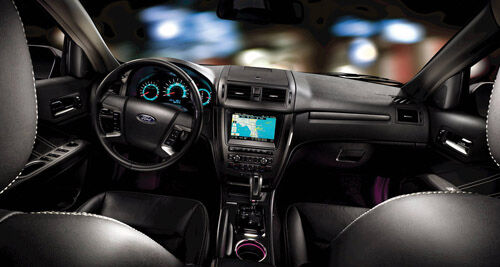 Kelley Blue Book states that the Fusion will have a less than spectacular resale value. Specifically, "although a great initial bargain, the Fusion's only downside is its average resale value. While the Ford Fusion should do about as well as its domestic competitors, top Japanese-brand models will return higher resale values over time."

The second generation Fusion was unveiled at the 2012 North American International Auto Show as a 2013 model. The redesigned Fusion is built on the Ford CD4 platform and is an example of Ford's global car strategy "One-Ford", with design led by Ford of Europe, started with the Focus and then the extension of Fiesta production, which both came into North America in 2012. As a One-Ford project, Ford of Europe Head of Advanced design team Chris Hamilton was commissioned as lead designer based in Detroit, under the guise Exterior Chief Designer for Ford/Lincoln, with design support led from Ford of Europe studios in Germany and the United Kingdom. Test and development of localized versions was undertaken in both North America and Europe, resulting in different engine choices, automatic gearboxes, suspension settings and tires.

Like the previous generation Fusion, the final assembly takes place atHermosillo Stamping & Assembly, Hermosillo, Sonora, Mexico. Due to strong sales of the redesigned 2013 year model, additional capacity was added in Flat Rock Assembly Plant, Michigan. The hybrid version and the Fusion Energi plug-in hybrid will continue to be assembled in Mexico. The Mexican assembly plant won the prized MIT, Worlds Best Automobile Plant award. In Europe and other international markets, the engine range is similar, but the 2.5 will only be available in North America. In international markets, a three-cylinder 1.0L 123 bhp EcoBoost, claimed to produce just 125g/km of CO2 emissions; and theFord Fusion Energi plug-in hybrid is expected to be released between 2014 and 2015.

The second generation Fusion was built with a 122 mm (4.8 in) longer wheelbase than the outgoing model's CD3 platform, is 28 mm (1.1 in) bigger overall, 18 mm (0.7 in) wider, and 31 mm (1.2 in) taller. In contrast to the frontdouble wishbone suspension of the first generation Fusion, at front areMacPherson struts, and at rear is a multi-link rear suspension. Despite larger exterior dimensions, some aspects of the interior have shrunk, including the trunk, which fell slightly from 467 to 453 L (16.5 to 16.0 cu ft).

The 2013 Fusion is available in S, SE, and Titanium trim levels. Ford assembled five different powertrains for the second generation, including two hybrid variants. All available engines are four-cylinder offerings, dropping the previous model's 3.0L V6 as the top tier engine choice, as part of Ford's push to phase out the aging Duratec 30, as well as the Sport package's 3.5L V6 as a performance option.

For the 2014 model year the chief improvement was new 1.5-liter four-cylinder engine option.

The new 2013 line-up also includes a next-generation hybrid version, and aplug-in hybrid version, the Ford Fusion Energi. The Ford Fusion became the first production sedan to offer these three options. Sales of the gasoline-powered and hybrid version began in the US in October 2012. Sales in Europe and Asia, as Ford Mondeo, are expected to begin in 2013. Deliveries of the Fusion Energi began the U.S. in February 2013. Sales of the Mondeo line-up, including the hybrid model, began in Germany in August 2014.

For the second generation Fusion Hybrid the nickel-metal hydride batteriesused in the hybrid first generation were replaced with lithium-ion batteries. The 2013 model year is more fuel efficient than its predecessor, with a US Environmental Protection Agency (EPA) rating of 47 mpg-US (5.0 L/100 km; 56 mpg-imp) with the same rating for combined/city/highway cycles. This rating is also the same Ford achieved for the 2013 Ford C-Max Hybrid, as both hybrids share the same engine and drivetrain. These ratings allowed the 2013 Fusion Hybrid to outperform the 2012 Toyota Camry Hybrid LE by 4 mpg-US(59 L/100 km; 4.8 mpg-imp) city and8 mpg-US (29 L/100 km; 9.6 mpg-imp) highway, and to become the most efficient midsize hybrid sedan in the U.S. as of September 2012. The Duratec 2.5, and EcoBoost 1.5, 1.6 and 2.0 are sourced from Chihuahua, Mexico, Craiova, Romania, Bridgend, Wales, andValencia, Spain, respectively. The 6F and HF35 automatic transmissions are sourced from Ford's Van Dyke Transmission Plant in Sterling Heights, Michigan, while the B6 manual is produced at the GETRAG FORD Transmissions GmbH facility in Halewood, United Kingdom.

Ford updated the Fusion for the 2017 model year. The facelifted version was first unveiled at the 2016 North American International Auto Show on January 11, 2016.

The Fusion was originally to be called the Ford Futura, but Ford lost a trademark lawsuit to the Pep Boys auto parts store, which has a line of tires under the Futura brand. American trademark law generally considers a name abandoned if the owner does not use it for three calendar years, and the long history of the name in the Ford line did not impress the court. Ironically, the Futura name is actually still used by Ford Australia, as a trim line for the Falcon. Another choice of name was "Falcon", but that would have caused much confusion with the long-running Australian Ford Falcon. Still that didn't prevent Ford from duplicating the name of the European Fusion, a mini-Multi-Purpose Vehicle (MPV) based on the Ford Fiesta, slotted between the Fiesta and the Focus.

With its launch, the Fusion debuted Ford's new three-bar grille design, which is expected to become the company's trademark look for the rest of the decade. Production volume is projected at 160,000-200,000 per year.

Changes to the CD3 platform from the Mazda6 include stretching it by 30 mm (1.2 in) in width and 55 mm (2.2 in) in length, strengthening it, and modifying the suspension for a more compliant ride. Like the Mazda, the Fusion uses the Mazda-designed 2.3 L Duratec 23 I4 and Ford-designed 3.0 L Duratec 30 V6. All wheel drive and the new Duratec 35 will be options for 2007.

The Fusion is reminiscent of the Mitsubishi Galant and Pontiac G6. The Fusion shares some interior parts such as part of the console and seats with the otherwise unrelated European Mondeo. Both automatic and manual transmissions are available (the latter only with the I4 engine).

The Fusion also became the new body shape for Ford automobiles in NASCAR beginning in 2006, replacing the Ford Taurus. This is the first time that Ford has introduced a new model that went racing in NASCAR at the same time as its launch since the Ford Torino in 1968. It debuted at the 2006 Daytona 500, and won its first race a week later in California.

According to Ford, consumer response to the Fusion has exceeded their expectations. The car fits in a line of sedans by Ford (smallest to largest):

Readers may also be interested to know that a car by the name of the Ford Fusion is also sold in Europe. This is a very different vehicle though. First of all it is only a B-Segment size, based on the European Ford Fiesta. It is a hatchback, although Ford would like potential buyers to think that is in a mini-MPV.

Being based on the Fiesta, the engine options are fairly limited, consisting of the usual 1.4 L and 1.6 L petrol engines, and the 1.4 L and 1.6 L diesel engines. Automatic transmission is only available with the 1.4 L petrol engine. The car is generally not very well liked by European motoring journalists. It is effectively a higher, less stylish and more expensive Fiesta with few advantages other than its more commanding driving position.

Considering this, I wonder why Ford of America decided the Fusion name was a good one for what seems like a perfectly good product.

The Fusion was nominated for the North American Car of the Year award for 2006.