Autopedia
Register
Don't have an account?
Sign In
Advertisement
in: Pages with the First Anniversary Infobox Upgrade, Holden, Holden vehicles,
and 6 more

Use the following MODEL TEMPLATE as the foundation for the Autopedia's Model page:

Start off with a brief Introduction to the particular MODEL. Please DO NOT use the same Introduction text from the <MODEL> Review page, but rather paraphrase ideas relevant to grasp an overall scope of the vehicle.

Please include the following line at the bottom of this section. Please replace <MODEL> Review with the proper text:

The Lacetti was sold with a standard 3 Year/100,000km limited warranty when sold new from dealerships, however, since the Lacetti is still considered relatively new on the market, not many issues regarding reliability have been easily found in this late stage.

The Daewoo Lacetti's main competitors can be easily stated as any small to medium sized car. The Mitsubishi Lancer and Toyota Corolla, however, are considered its main rivals.

There has been constant criticism regarding the poor resale values of used Daewoos and the Lacetti is considered no different. Although the Lacetti is considered one of Daewoos better made vehicles, many pundits consider that the Daewoo badge itself is to blame and they have been quoted in car reviews as saying "badge snobs beware", saying that the car itself is a class effort but it is the Daewoo badge that let it down as a consumer product.

There have been some criticisms regarding the CD player face plate. Critics have commented on the buttons being to small to be easy to use. Some more criticism relates to the fact that when one releases the accelerator pedal the engine tends to remain at the same revolutions before the pedal was released for a brief moment. Many have commented that other cars experience this similar issue but consider it just a "quirk" of the car. 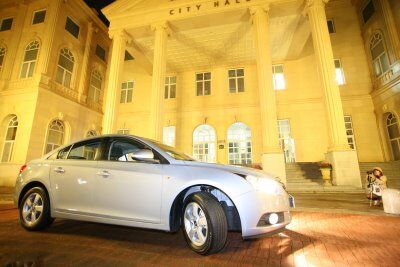 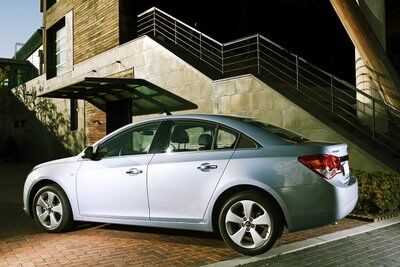 The latest generation Lacetti is a rebadge of the Chevrolet Cruze and powered by a 1.6 litre four-pot that churns out 114 hp and attached as standard to a five-speed manual gearbox. A six-speed automatic transmission is also available as an option. Prices in Korea will start from 11.5 million won.

The previous car (A Suzuki Liana) was replaced at the start of Series 8 and host Jeremy Clarkson has commented on the fact that the Lacetti is easier to drive and over four seconds faster on a typical lap of the Top Gear circuit.