Citroën is a French automobile manufacturer, founded in 1919 by André Citroën. It is today part of PSA Peugeot Citroën. Its headquarters is in rue Fructidor, Paris.

André Citroën built armaments for France during World War I and after the war he had a factory and no product. In 1919, the business started to produce automobiles, beginning with the conventional type A.

The Citroën logo is the 'double chevron', referencing Citroën's early work on the 'herringbone' or double helical gear, but there are other theories about this. Citroën, was Jewish and also an internationally well-known Freemason, attached to the Lodge of "La Philosophie Positive" in Paris. The logo may be interpreted as a masonic symbol - a double masonic square or a double masonic compass, associating the masonic ideology of Citroën with his invention of the double helical gear. In masonry, the compass is associated with the symbolism of the 'architect's tools', so it is possible that Citroën used a double compass to represent his invention, in a masonic way.

Citroën was a keen marketer - he used the Eiffel Tower as the world's largest advertising sign, as recorded in the Guinness book of World Records. He also sponsored expeditions in Asia (Croisière Jaune) and Africa (Croisière Noire), intended to demonstrate the potential for motor vehicles equipped with the Kégresse track system to cross inhospitable regions. The expeditions conveyed scientists and journalists and were a publicity success.

In 1924, Citroën began a business relationship with American engineer Edward G. Budd. From 1899, Budd had worked to develop stainless steel bodies for railroad cars, for the Pullman in particular. Budd went on to manufacture steel bodies for many automakers, Dodge being his first big auto client. In 1928, Citroën introduced the first all-steel body in Europe.

In the beginning the cars were successful, but soon competitors, who still used a wooden structure for their bodies, introduced new body designs. Citroën did not redesign the bodies of his cars and they began to be perceived as old-fashioned. Citroëns still sold in large quantities, despite the stylistic drawback, but the car's low price was the main selling point and Citroën experienced heavy losses.

This encouraged Citroën to develop the Traction Avant, a car so innovative that the competition would have no response. The 'Traction Avant' had three revolutionary features: a unitary body with no separate frame, front wheel independent suspension, and front wheel drive. Citroën commissioned Budd to create a prototype, which evolved into the 7 fiscal horsepower (CV), 32 HP Traction Avant of 1934.

The Traction Avant set major elements of the mechanical design that were followed 30 years later by the Mini, and by nearly every other manufacturer today.

Achieving quick development of the Traction Avant was expensive and contributed to the financial ruin of the company. In 1934 debt forced the company into foreclosure and it was then taken over by its biggest creditor, the tire company Michelin. Fortunately for Michelin, the Traction Avantmetwithmarket acceptance and the basic philosophy that had led to this design continued. During the German occupation of France in World War II, Citroën researchers continued their work and developed the concepts that were later brought to market in the 2CV and DS. These were widely regarded by contemporary journalists as avant garde, even radical, solutions to automotive design.

This began a period of unusual brand loyalty, normally seen in the automobile industry only in niche brands, like Porsche and Ferrari. The cult-like appeal of the cars to Citroënistes took almost two decades to fade, from 1975 to about 1995.

Citroën unveiled the 2CV (2 fiscal horsepower, initially only 12 HP) at the Paris Salon in 1948. This car become a bestseller, achieving the designer's aim of providing rural French people with a motorized alternative to the horse. This car remained in production, with only minor changes, until 1990 and was a common sight on French roads until recently.

1955 saw the introduction of the DS, the first full usage of Citroën's now legendary hydropneumatic self-levelling suspension system that was tested on the rear suspension of the last of the 'Tractions'. The DS was the first production car with disk brakes.

The DS featured power steering, power brakes and power suspension and, from 1968, directional headlights. A single high-pressure system was used to activate pistons in the gearbox cover to shift the gears in the transmission and to operate the clutch on the "Citromatic", Citroën's semi-automatic transmission.

This high-pressure hydraulic system would form the basis of many Citroën cars, including the SM, GS, CX, BX, XM and Xantia. These vehicles shared the distinguishing feature of rising to operating ride height when the engine was turned on, like a 'mechanical camel' (per Car & Driver magazine). The dashboard included a lever that allowed the driver to select whether the car would travel with the body in the high or low position. This type of suspension was uniquely able to absorb road irregularities without disturbing the occupants.

Citroën was one one the early pioneers of the now wisdespread trend of aerodynamic automobile design, which helps to reduce fuel consumption and improve high speed performance by reducing wind resistance. The firm began using a wind tunnel in the 1950s.

In 1963, Citroën negotiated with Peugeot to cooperate in the purchase of raw materials and equipment. Talks were broken off in 1965.

That year Citroën took over the French carmaker Panhard, in the hope of using Panhard's expertise in midsize cars to complement its own range of very small, cheap cars (e.g. 2CV/Ami) and large, expensive cars (e.g. DS/ID). Cooperation between both companies had begun 12 years earlier, and they had agreed to a partial merger of their sales networks in 1953. Panhard ceased making vehicles in 1967.

1968 saw a restructuring of Citroën's worldwide operations under a new holding company, Citroën SA. Michelin, Citroën's long-time controlling shareholder, sold a 49% stake to FIAT, in what was referred to as the PARDEVI agreement (Participation et Développement Industriels).

That year Citroën purchased the Italian sports car maker Maserati and launched the grand tourer SM, which featured a V6 Maserati engine, and fully powered steering system called DIRAVI. The SM was engineered as if it were replacing the DS, a level of investment the GT sector alone would never be able to support, even in the best of circumstances. Circumstances became more unfavorable as the 1970s progressed. Citroën suffered another financial blow in the 1973 energy crisis. In 1974, Citroën withdrew from North America, due to design regulations that outlawed core features of Citroën cars.

Huge losses at Citroën were caused by failure of the Comotor rotary engine venture, plus the strategic error of going the 15 years from 1955 to 1970 without a model in the profitable middle range of the European market, and the massive development costs for the GS, CX, SM, Birotor, Maserati Bora, Maserati Merak and Maserati Khamsin models - each a technological marvel in its own right.

Citroën was weak and unable to withstand the softening of the automobile market that accompanied the 1973 oil crisis. In 1973, FIAT withdrew from PARDEVI and returned its 49% stake to Michelin. This was an ominous sign of things to come and, less than a year later, Citroën went bankrupt. The French Government feared large job losses and arranged talks between Michelin and Peugeot, where it was decided to merge Automobiles Citroën and Automobiles Peugeot into a single company. In 1974 Peugeot purchased 38.2% of Citroën and became responsible for managing the combined activities, in particular their research, purchasing and investments departments.

Peugeot sold off Maserati to DeTomaso in May 1975 and the Italian firm was quickly able to exploit the aspirational image of the Maserati brand to sell tens of thousands of newly-designed Bi-Turbo models.

The takeover was completed in May 1976, as Peugeot SA purchased a 90% stake of Citroën SA and the companies were combined into a holding company, known as PSA Peugeot Citroën.

Since Citroën had two successful new designs in the market at this time, the GS and CX, and Peugeot was typically prudent in its own finances, the PSA venture was a financial success from 1976 to 1979. PSA then purchased the aging assets of Chrysler Europe, leading to losses from 1980 to 1985.

PSA gradually eliminated Citroën's ambitious attitude to engineering and styling in an effort to rebrand the marque as an economy brand. In the 1980s Citroën models were increasingly Peugeot-based. The 1982 BX used the hydropneumatic suspension system and still had a Citroënesque appearance, while being powered by Peugeot-derived engines and using the floorpan later seen on the Peugeot 405. By the late 1980s, many of the distinctive features of the marque had also receded - the AX GT, for example was noted by contemporary journalists for its poor ride quality, an unusual attribute for the brand.

Citroën has expanded into many new geographic markets. In the late 1970s, the firm developed a small car for production in Romania known as the Oltcit, which it sold in Western Europe as the Citroën Axel. That joint venture has ended but a new joint venture between PSA and Toyota is now producing cars like the Citroën C1 in the Czech Republic. In China the C3 and Xsara are sold alongside the Fukang and Elysée local models. Citroën is still a global brand except in North America, where the company has not returned since the SM was effectively banned in 1974 for not meeting NHTSA bumper regulations.

The ubiquitous and versatile 2CV workhorse was finally killed off in 1990, without replacement. Companies like Chrysler with the PT Cruiser, Toyota with the Scion xB and Honda with the Element have recognized the 2CV concept and translated it to the modern era. Latterly, Citroën has introduced the C3 Pluriel, an unusual convertible with strong allusions to the 2CV, both in body style (such as the bonnet) and in its all-round practicality.

The Pluriel is but one example of Citroën's return to innovation, after launching somewhat dull (although efficient) models throughout the 1990s. Other examples are the C2, C4 and C6. The introduction of newer models, such as the long-awaited XM replacement, the C6, indicates Citroën's continued commitment to innovation in the 21st century.

European Car of the Year awards 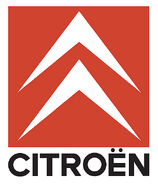