Autopedia
Register
Don't have an account?
Sign In
Advertisement
in: Convertibles, All wheel drive vehicles, 2000s automobiles,
and 17 more

Bentley Continental GT is a grand tourer coupé with two doors and a 2+2 seating arrangement released in 2003, replacing the previous Rolls-Royce-based Continental R and T.

The car in the foreground is a Continental GT. The other two are an Arnages and a Rolls-Royce 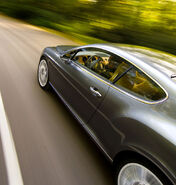 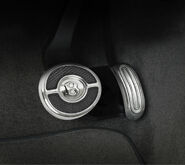 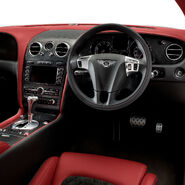 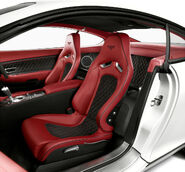 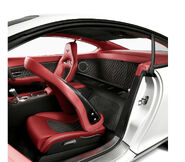 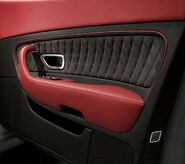 The Continental GT has a 6 L W12 engine with twin turbochargers which develops 552 hp (411 kW) at 6100 RPM and 479 lb-ft (650 N-m) at 1600 RPM. Never before had a 12 cylinder engine been employed on a Bentley car. Acceleration from 0-60 mph takes 4.7 seconds (0 to 100 km/h in 4.8 s), the top speed is 198 mph (312 km/h). It has all-wheel drive, the first Bentley to do so, and a six speed automatic transmission with steering wheel mounted gearshift paddles for instant override. The engine and air suspension are manufactured by Bentley, but are loosely based on owner Volkswagen's flagship car the Phaeton.

While praised for its handling, power and refinement, the Continental GT was recently criticized in the Dupont Registry's Exotic Car Buyers Guide 2008 as being "nose heavy", making it "cumbersome on tight roads", and for being more of a two-seater than the 2+2 it is marketed as.

The four-door Continental Flying Spur saloon was shown at the 2005 Geneva Motor Show in March. The Flying Spur utilizes the Volkswagen D platform, and will be available in the United States in the summer of 2005 for around US$175,000. Together they will take Bentley production from around 1000 units in 2003 to nearly 9000 units in 2006.

One notable aspect of the Continental Flying Spur is its grille. Although it looks like a traditional chromed brass mesh, it is actually made of plastic. This was done to add pedestrian safety to the car — it is designed to break apart on impact to soften the blow. However, it will not meet the forthcoming European Union pedestrian safety regulations.