The Bentley Arnage is a luxury car produced by Bentley Motors in Crewe, England. The Arnage and its Rolls-Royce-branded sibling, the Silver Seraph, were introduced in the Spring of 1998 and were the first entirely new designs for the two marques since 1980.

Another break from the past was to be found under the bonnet, for decades home to the same 6.75 L V8, a powerplant which could trace its roots back to the 1950s. The new Arnage was to be powered by a BMW V8, with Cosworth-engineered twin turbo installation, and the Seraph was to employ a BMW V12.

The Arnage is over 5m long, almost 2m wide, and has a kerb weight of more than 2.5 metric tons. For a brief period it was the most powerful and fastest four-door sedan on the market. 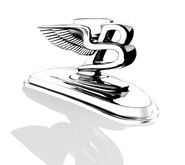 On January 17, 2005, the Arnage Convertible concept car, also known as the Arnage Drophead Coupe, was shown at the Los Angeles Auto Show. In April 2005, Bentley confirmed that the model will be produced at Crewe for Spring 2006 sales. Bentley also confirmed the new model will adopt the Azure tag, replacing the previous Azure as the company's large four-seat convertible. The new Azure will use a 6.75 L twin-turbo V8 which produces 460 hp (335 kW) and 645 ft·lbf (874 N·m).

In 2001, the Arnage RL, a long-wheelbase limousine model, was launched. Available only as a bespoke ("Mulliner") model, each RL was customised to the desires of the buyer. The RL, however, was also the first of a new series of Arnaged which would break Bentley from its BMW-rooted past permanently, as well as presenting a challenge to that company's attempt to revive Rolls-Royce sales.

The RL was larger than any contemporary limousine, notably including those from its former sister company. Wheelbases ranged from 3336 mm (131 in) to 3566 mm (140 in) and even 3844 mm (151 in), the latter two including a 100 mm (3.9 in) increase in the height of the roof. The suspension was retuned for the added weight, allowing the larger car to still handle well.

Many RL models are ordered with armoured elements, reflecting the car's clientelle. In fact, some of the "basic" car's components were armoured from the start. But a full B6 package was also available for £250,000 to £300,000, offering protection from assault weapons and grenades. The RL remains in production as of 2006.

Notable, though overlooked on the RL's introduction, was an entirely reworked engine. Where the Red Label had merely freshened the Turbo RT's engine, the RL featured an entirely reworked version of the old 6.75 L V8. More than half of the engine's parts were completely new, with Bosch Motronic ME7.1.1 engine management replacing the old Zytec system and two small Garrett T3 turbochargers replacing the single large T4. This new engine developed 400 hp (298 kW) and 616 ft·lbf (835 N·m), and was said to be capable of meeting all future emissions requirements.

In 2002, Bentley updated the Red Label as the series two Arnage R. This model was launched to contrast the Arnage T, which was developed to be more sporting. The Arnage R features two Garrett T3 turbochargers, as with the RL.

All Arnage R and T models share the same 3116 mm (122.7 in) wheelbase. The Arnage range was facelifted in 2004, with a front end resembling that of the new Continental GT.

Bentley is marking its 60 years of production at the Crewe factory with a special Diamond Series Arnage for 2006. 60 vehicles will be made, the majority for the United States, with diamond wood inlays, diamond quilted leather seats, a stainless steel front bumper, special 19 in alloy wheels, and Union Jack badges on the front wings.

Following the uptick in sales for all of Rolls-Royce and resurgence of the Bentley marque, then-owner, Vickers, set about preparing a new model to replace the derivatives of the Rolls-Royce Silver Spirit/Bentley Mulsanne which it had been selling since 1980. In a complete switch from tradition, these new cars would have bodies built at the Crewe factory with engines built elsewhere.

A number of potential engines were examined, including the GM Premium V engine and a Mercedes-Benz V8, before Vickers selected a pair of BMW powerplants. It was decided that the Rolls-Royce model, to be called the Silver Seraph, would use BMW's naturally-aspirated V12 while the more-sporting Bentley model would use a special twin-turbo version of the 4.4 L BMW V8, which was developed by Vickers subsidiary, Cosworth Engineering.

The basic BMW V8 Arnage was renamed the Arnage Green Label in 2000, its last model year.

Launched in late 1999 was the Arnage Red Label. Volkswagen, who had purchased the Bentley name and Crewe factory was loathe to continue purchasing BMW's engines, and it turned out that Bentley engineers and customers felt the same way. The BMW-powered Arnage, while objectively more modern than the Turbo RT it replaced, was more than a second slower to 60 mph than that car, and lacked the massive torque that Bentley customers had grown accustomed to.

Vickers had outsourced to Cosworth the production of the old 6.75 L Rolls-Royce engine for use in the continued Continental and Azure models, so reverting to the old standby engine was a natural choice for the company. In fact, Volkswagen purchased Cosworth as well, so all the pieces fell into place to eliminate the BMW engine.

The Red Label model reverted to the old V8, which boasted torque of 835 N·m with a single Garret T4 turbocharger. This was the greatest amount of torque for a four-door car at the time. Also returning was the General Motors-sourced 4-speed 4L80-E automatic.

A long-wheelbase version of the Red Label was launched at the Detroit Auto Show in 2001, and the Green Label ended production. The Red Label models were replaced in 2002.

Retrieved from "https://automobile.fandom.com/wiki/Bentley_Arnage?oldid=109112"
Community content is available under CC-BY-SA unless otherwise noted.