The BMW X3 is a compact luxury crossover SUV based on the BMW 3 Series automobile platform. The X3 3.0i won the Canadian Car of the Year Best New Sport Utility Vehicle award for 2005.

This was followed the next day with BMW unveiling the second-gen X3 M Sport Package. [3] Second Generation X3

The 2007 X3 comes in one trim, the 3.0si. It features a 3.0L 260hp I-6 engine with a 6-speed manual transmission and xDrive all wheel drive. A 6-speed Steptronic automatic transmission and sport suspension are also available, and safety options are plenty. Some of the standout features of the X3 include:

The X3 is a relatively new SUV, but the 2004 model has earned an overall Green rating from Automotive Information Systems, indicating minimal problems in all categories. However, in reference to the new 2007 model, Consumer Reports states that "reliability has recently dropped to below average."

According to the latest Top Gear reliability survey, the X3 is the most reliable as the engines and gearboxes remained strong.[5]

Although safety test information for the X3 is not yet available on the NHTSA website, Autos.com reports that the X3 ranks 2nd in their Luxury SUV category for safety. The Mercedes-Benz ML350 and ML500 are tied for first. Standard safety features include: 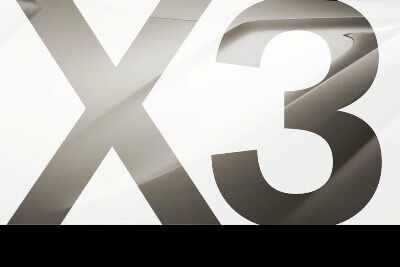 A complete list of colors is viewable at CarsDirect.com. Some of the available choices include:

There are currently no hybrid models of the BMW X3 in production. 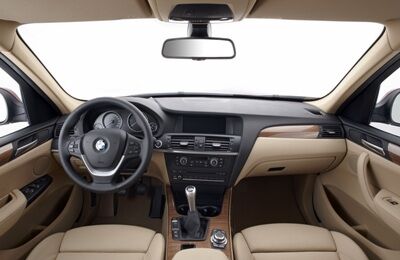 According to Kelley Blue Book, "despite its slow sales, the X3 is expected to retain a strong resale value. Kelley Blue Book estimates the X3 to hold 68-percent of it value at 24 months and 55-percent at 48 months."

Along the heels of a very successful and ongoing production run of the BMW X5, BMW decided in the early millennium that it wanted to compete with the likes of the Freelander, Lexus RX and other small luxury SUV's just as the X5 had previously done so well in its respective classes. Thus the X3 (internally known as E83), was born.

What thus emerged was a concept unveiled at the Detroit Auto Show in 2003. Dubbed the xActivity, BMW previewed to the public for the first time what a smaller SAV based on a 3 series platform would look like. The concept had no windows, for the most part no roof, and a sleek futuristic interior. Only the basic shape of the car would emerge as the BMW X3.

Just as BMW used many parts from the E39 5 Series parts bin in the making of the X5, the same occurred in the X3's development, whereby BMW engineers reused 3 series parts. In-fact complete sets of parts came straight out of the E46 330xi, emerging unscathed in the X3 (e.g. rear suspension).

When the BMW X3 premiered in late 2003, BMW announced that it would be using a new 4 wheel drive system to power it and its bigger brother - The (refreshed) X5.

Instead of a 60-40 (rear-front) power split (which all millennium 4 wheel drive BMW's exhibit - 325xi, 330xi, early X5) with power being cut to wheels which lost traction through DSC (Dynamic Stability Control), xDrive allowed both of these vehicles to split power between the front and rear axles through use of a multiplate clutch located between the gearbox and the Cardian shaft. This setup allowed xDrive vehicles to split power in virtually any way it pleased. If the car felt like it was in a threatening situation (note not an unstable one), xDrive would react immediately, often before the driver ever knew of its intervention, to alleviate traction and control of the vehicle. xDrive is also closely knit with DSC. In the case that wheelspin stills occurs while xDrive is or has been shifting power, DSC can brake independent wheels to regain traction. xDrive also helps in cornering. When the vehicle feels it is about to understeer or oversteer, the vehicle cuts traction to either of the front wheels or rear wheels to help regain stability and keep the driver on the road.

There are two key things about xDrive. The first being that it was one of the first technologies used to intervene before the driver was ever aware that the car could be unstable. The second being that its intervention is transparent to the driver - that is unknown to the driver.

Right from the start, the BMW X3 had been criticized for its harsh ride and poor interior by critics. BMW rectified both in 2005, with a slightly softer ride and by matching plastics and carpeting in the 2005 X5's. It has also been criticized for not being built at a BMW factory. It is assembled by a sub-contractor - Magna Steyr - in Graz, Austria.

The automotive press however for the most part had mixed views of the X3 ranging all over the spectrum - unusual for BMW, but then again not so unsual for modern BMW's.