The BMW 5 Series is a series of midsize luxury automobiles manufactured by BMW in Germany. They have been available as sedans and station wagons. 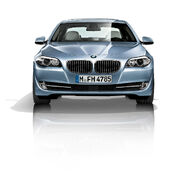 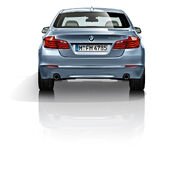 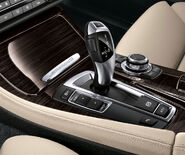 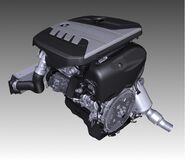 BMW m performance introduced the 3 turbo six cylinder diesel engine, which produces 545 lb-ft torque and 376 hp. The BMW m550d sedan will get from 0-100 in 4.7 seconds and the touring will do it in 4.9 which makes it only slightly slower than the BMW M5. BMW M Performance diesel

The NHTSA currently has no safety information available for the 5 Series models, but Autos.com ranks it at the top of its Mid-Luxury Sedan category for Safety. 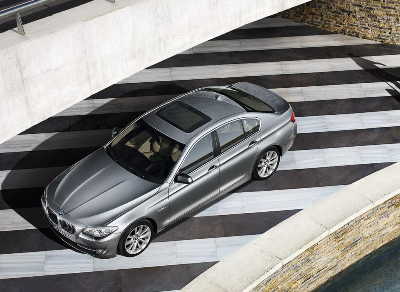 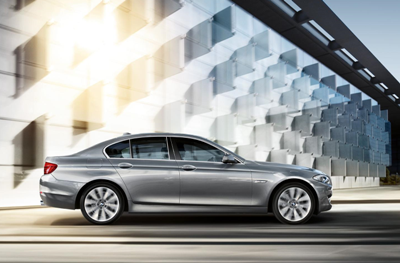 In some European jusridictions the BMW 5 Series is also used as a police interceptor as seen above.

Colors will vary, depending upon style and trim, and a full list of colors can be found at CarsDirect. Here is a partial list of some of the available exterior and interior combinations:

There was an experimental hybrid version of the e34 518i made in 1994. It comprised an unmodified 4-cylinder engine (an M10, as used in the popular e34 518i and e36 318i vehicles). Articles have been published showing the vehicle in full working order, using the smallest (4 cylinder) engine for the bodytype, a Constantly Variable Transmission and electric motor able to regeneratively recharge the batteries. This preceded the Toyota Prius by several years, and despite what the manufacturers say, shows just how easy it really would be to supplement gasoline powerplants in existing vehicles with E drive systems that would allow braking energy absorption and better stop start performance.

It may also have been fitted with a NiMH battery. A similar prototype in a more compact e36 form was made 2 years earlier with a NiCl battery. In 1987 an e30 wagon and sedan were made with NaS batteries. The first electric BMW was made in 1972: BMW 1602 with a Pb (Lead-Acid) battery (and some were made in-between also).

In the F10 series, the car's wheelbase has been lengthened by 10 centimetres further increasing rear legroom.

According to Kelley Blue Book, "in terms of resale, the BMW 5 Series is one of the leaders in its class and truly stellar in comparison to the rest of the industry."

BMW made engine and drivetrain changes derived from the new 7 Series including the twin-turbo 3.0 litre engine from the 335 models and the introduction of the 8 speed automatic transmission. The F10 retained the same 2.5L engine and the V8 remains reserved for the top-of-the-range model. The F10's exterior was designed by Jacek Frohlich under Adrian van Hooydonk.

The BMW E60 is the current BMW 5 Series. Its design and many of its advanced features initially received mixed reviews. The E60 represents a huge leap in technological advance over previous models. It is now regarded as one of BMWs finest and most innovative models.

Active Seat continuous passive motion available on the 7-Series is introduced as an option on the 5 Series for driver and front passenger seats.

It is available in both sedan and wagon versions and has the following models:

All wheel drive is now an option on the 5 Series for the first time since the E34 in 1996. The xDrive system is shared with the X3 and X5. Models, following the company's naming scheme, will be the 525xi and 530xi.

The BMW E39 was one of BMW's most successful cars, with several different models. These included:

This car has been widely praised in all aspects; many say it is the best BMW in the world. Consumer Reports gave the 2001 530i its highest car rating ever. The diesel engines available in the European models provide great torque and smoothness with better economy. The M5 has been called "the ultimate in discreet speed" with 369 lb·ft (500 N·m) of torque and a 0–60 mph time of 5.2 s. The only downside was its smallish cabin and trunk space of 11.1 ft³ (314 L)

The fourth generation 5 Series earned awards for safety and reliability and was considered one of the most elegant shapes of its time.

Higher compression than 520i non ECE)

The BMW E28 was the second BMW 5 Series and stylistically, was an evolution of the E12.

The following models were sold in Europe:

High performance 5 Series - 24-valve DOHC, I6, 6 throttle bodies, Bosch Motronic integrated fuel injection. At its launch in 1984, the European specification E28 M5 was the fastest production sedan in the world.

The following models were sold in America:

A 533i bored to produce more torque and equal power

A 535i with a sport suspension interior modifications

The BMW E12 was the first 5 Series BMW made. The following models were produced in this series:

The body was styled by Marcello Gandini, who also did the Fiat 132 and Alfa Romeo Alfetta, two other cars that have a very similar design.

There have been five generations of the 5 Series to date. To differentiate between them, they are referred to by their unique chassis numbers (EXX).

The 5 Series began the BMW tradition of being named with a three-digit number. The first digit (5 in this case) represents the model, and the following two digits (usually) represent the size of the engine in decilitres, which is the main distinguishing difference. Additional letters or words may be added to the end of the three-digit number to define the fuel type (petrol or diesel), engine or transmission details, and the body style. The 'i' originally stood for (fuel) 'injection'. 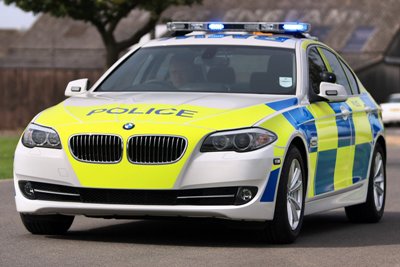 The E39 5 Series was on Car and Driver magazine's annual Ten Best list for six years straight, from its introduction in 1997 through 2002.

The E60 was named "Best New Luxury / Prestige Car" in the 2006 Canadian Car of the Year awards. Active Seat continuous passive motion seating comfort technology recognized as one of the Best Inventions of 1998 by Popular Science magazine.

Retrieved from "https://automobile.fandom.com/wiki/BMW_5_Series?oldid=109837"
Community content is available under CC-BY-SA unless otherwise noted.