The Audi A6 is an executive luxury car produced by Audi. It is available in two bodywork configurations, the sedan and the station wagon (Avant). The second generation A6 was also used to be as the basis for the Audi Allroad Quattro. Its primary competitors are the Mercedes-Benz E-Class, BMW 5 Series, Alfa Romeo 166, Jaguar S-Type, Lexus GS and Volvo S80.

The 2007 A6 comes in both a sedan and the Avant wagon. The sedan is available in two trims: the A6 3.2 or the A6 4.2, which indicates the size of its engine. However, the Avant is only available in the 3.2 version, which also shares many of the same standard features as the Sedan 3.2. In addition, all models are available with Audi's Quattro all wheel drive system, but only the 3.2 sedan is available with a 2WD system. Some of the standout features include:

3.2 Avant Adds to or replaces 3.2 Sedan features with:

4.2 Sedan Adds to or replaces Avant features with:

For the 2006 A6, Consumer Reports stated that "first-year reliability is disappointing." However, the 2004 model, which was the last of its generation before the current one was introduced, received an overall Green rating from Automotive Informatio Systems, indicating minimal problems in all areas of inspection. 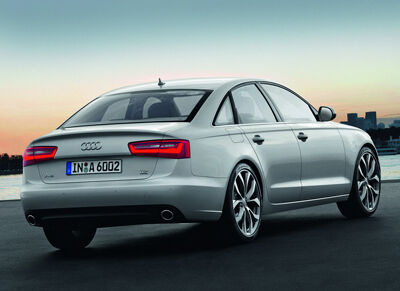 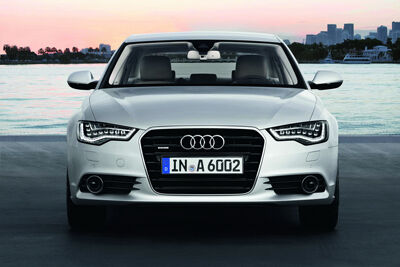 Colors for the A6 will vary by trim, and a full list is viewable at CarsDirect.com. Some of the available options include: 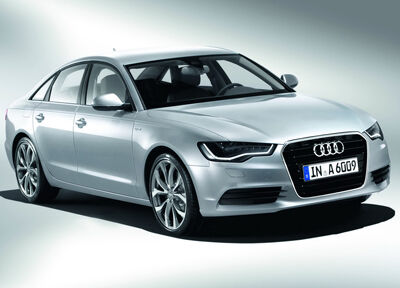 With the launch of the fourth generation (C7) A6, Audi launched its second hybrid vehicle, following the Q5 Hybrid. The A6 Hybrid is powered by a 211 hp 2.0 TFSI four banger with an electric motor that delivers 33 kW (45 hp) and 211 Nm (155.63 lb-ft) of torque. The electric motor sits directly behind the TFSI, occupying the space of the torque converter upstream of the modified 8-speed tiptronic that drives the front wheels. Electric power comes from a compact lithium-ion battery which provides 1.3 kWh of nominal power and generates 39 kW. It is stored under the luggage compartment. 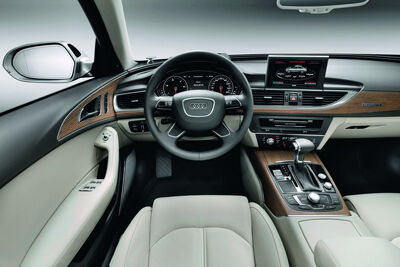 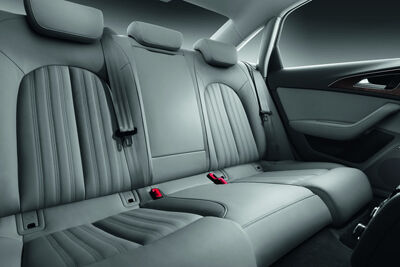 According to Kelley Blue Book, "the A6 does well, with the V8 sedan retaining more of its value than the V6. The V8 model maintains a residual similar to the BMW 550 and Lexus GS 430, and greater than the Cadillac STS and Mercedes-Benz E550." 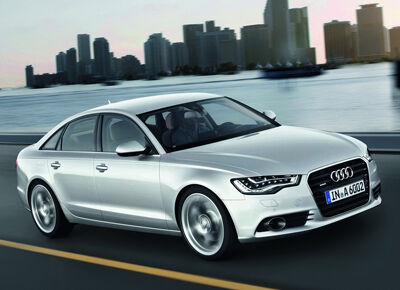 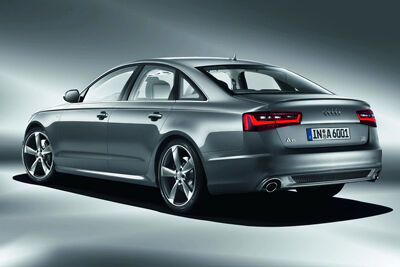 The new A6 (C6-design) came in 2004. The new model is a larger car (492 cm) with more sophisticated technology. Most notably is the Multi Media Interface (MMI) which is an optional system controlling radio, satellite navigation, climate control and (when available) suspension settings through a central screen interface. On the engine side the new Fuel Stratified Injection (FSI) direct injection technology was introduced for the first time outside the race track. Although the line of engines represents the same progression as the former model, all engines were new. The Multitronic automatic transmission continues as an alternative alongside a new 6-speed Tiptronic gearbox available in the high end models. Quattro four wheel drive is available in most of the lineup, and standard in the most powerful models.

Like the previous model, the A6 is available with other body options. The Avant arrived during the course of 2005, while in China, a longer version was introduced in the same year, named A6 L (the A8 is not sold in this country). The Allroad model is slated to make its debut during 2006. The sporting S6 was introduced in the Frankfurt Motor Show, with sales beginning in early 2006. It is powered by a Lamborghini-derived V10.

The C6 design was available with the following engines:

For 2009, the A6 Sedan and A6 Avant receives a mid-cycle facelift which sees a revised rear fascia and s-line like front fascia revisions. Under the hood, the A6 will be available with a range of six gasoline and four diesel engines. The new A6 will be available October 2008. [2][3]

In 1997 the scene changed strikingly for the A6. With the introduction of an ambitious new design (C5) and a new pack of engines, the A6 moved up a notch and was positioned alongside the hegemonious BMW 5-Series and the solid Mercedes E-class. The new A6 presented itself with a wide range of engines and configurations. The crisp 30-valve 2.4 and 2.8 V6 engines represented the bulk of the A6's development programme, but the resilient 2.5 V6 Turbo Direct Injection (TDI) and the powerful all-new Audi S6 were the flagships. As an alternative to the manual transmission, a 5-speed Tiptronic automatic transmission was also available. The Avant body arrived in 1998.

Also new was the revolutionary Multitronic drive by wire continuously variable transmission, available in most front wheel drive models in the lineup. All models, except the 2.0 petrol and 1.9 TDI, were available with Audi's four wheel drive system, quattro. A four wheel drive version of the estate with raised ground clearance and slightly altered styling was sold as the Audi Allroad Quattro, Audi's first crossover SUV.

The C5 design was available with the following engines:

In 1994, the latest generation (C4) of the Audi 100 was facelifted and re-badged as the A6, to fit in with Audi's new naming policy (as the A8 had just been introduced). The exterior was largely left unchanged from the C4 100, the same happening with chassis and engine and transmission choices.

Up until 1997, the A6 came with several different engines, two of them Diesel, and most of them available with Audi's quattro four wheel drive system. The A6 was also available with sedan and Avant bodies.

The C4 design was available with the following engines:

In 2005, the A6 4.2 was driven 100 metres up a snow covered ski jump in Finland to demonstrate its all-wheel-drive ability. The car was a standard road model but with a few modifications. Special rally tyres with 6 mm spikes were fitted and a plate was fitted underneath the chassis to hold the car in place once it reached the top of the 37.5 degree jump. The car travelled constantly at 60 km/h in first gear because any gear change could result in enough momentary loss to propel the car backwards at 100 km/h. The stunt was performed to celebrate the 25th anniversary of the quattro all-wheel-drive system. [4]

The following is a series, listed in order, of detailed information on various aspects of the sixth-generation A6 (the "C6") from VWVortex.