Autopedia
Register
Don't have an account?
Sign In
Advertisement
in: Škoda, Motor vehicle manufacturers of the Czech Republic, Volkswagen, Makes

Škoda Auto is a Czech automobile manufacturer and one of the four oldest car producers in the world. In 1991, it became a subsidiary of the Volkswagen Group (VAG). 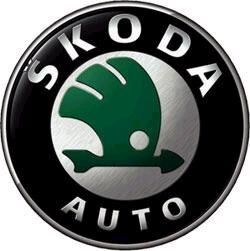 The origins of Škoda go back to the early 1890s where, like many long-established car manufacturers, the company started out with the manufacture of bicycles. It was 1894, and 26-year old Václav Klement, who was a bookseller by trade in Mladá Boleslav, in today's Czech Republic (which was then part of Austria-Hungary) was unable to obtain the right spare parts to repair his German bicycle. Klement returned his bicycle to the manufacturers, Seidel and Naumann, with a letter, in Czech, asking for them to carry out repairs, only to receive a reply, in German, stating: "If you would like an answer to your enquiry, you should try writing in a language we can understand." A disgusted Klement, despite not having any previous technical experience, then decided to start his own bicycle repair shop, which he and Václav Laurin opened in 1895 in Mladá Boleslav. Before going into business partnership with Klement, Laurin was an already established bicycle manufacturer from the nearby town of Turnov. {C In 1898, after moving to their newly-built factory, the pair bought a Werner "motorcyclette", which was produced by French manufacturer Werner Brothers. Laurin & Klement's first motorcyclette (which was powered by an engine mounted on the handlebars driving the front wheels) proved dangerous and unreliable - an early incident on it cost Laurin a front tooth. In order to design a safer machine with its structure around the engine, the pair wrote to German ignition specialist Robert Bosch for advice on a different electromagnetic system. The pair's new Slavia motorcycle made its debut in 1899. {C By 1900, when the company now had a workforce of 32, exports for the Slavia started, with 150 machines being shipped to London for the English firm Hewtson. Shortly afterwards, the press of the day as being makers of the first motorcycle.

The first model, Voiturette A, was a success and the company was established both within Austria-Hungary and internationally. During the First World War Škoda was engaged in war production.

After WWI it began producing trucks, but in 1924, after running into problems and being hit by a fire, the company sought a partner. As a result it merged with Škoda Works, the biggest industrial enterprise in Austria-Hungary and then Czechoslovakia. Most later production was under the Škoda name. After a decline during the economic depression, Škoda was again successful with models such as the Popular in the late 1930s.

During the World War II Occupation of Czechoslovakia, the Škoda works was turned into part of Hermann Göring Werke serving the German World War II effort.

By July 1945, when at this time the Mladá Boleslav factory had been reconstructed, production of Škoda's first post-WWII car, the 1101 series began. It was essentially an updated version of the pre-WWII Škoda Popular, which it was heavily based on. In the autumn of 1945, Škoda (along with all large manufacturers) became part of the planned economy, which meant it was separated from the parent Škoda company. In spite of unfavourable political conditions and losing contact with technical development in noncommunist countries, Škoda retained a good reputation until the 1960s, producing models such as the Škoda 440 Spartak, 445 Octavia, Felicia and Škoda 1000 MB. Škoda has always been known internationally for building very tough and reliable cars. [1]

In the late 1980s Škoda (then named Automobilové závody, národní podnik, Mladá Boleslav) was still manufacturing cars conceptually from the 1960s. Rear engined models such as the Škoda 105/120, Estelle and Rapid sold steadily and performed well against more modern makes in races such as the RAC Rally in the 70s and 80s. They won their class in the RAC rally for 17 years running. They were powered by a 130bhp, 1289cc engine. In spite of its dated image and being the subject of jokes, the Škoda remained a common sight on the roads of UK and Western Europe throughout the 1970s and 80s. Sport versions were available for the Estelle and earlier models using "Rapid" as the version name. Soft top cabriolet versions were also available. The Rapid was once described as the 'poor man's Porsche' and had significant sales success in the UK during the 1980s.[2]

"Of course, that the Škoda became such a figure of fun was in part due to its ubiquity on Britain's roads. The company must have been doing something right." extract from BBC report on Škoda sales in 1980s

The turning point came in 1987 with the Favorit model. The Favorit's appearance was designed by Italian design company Bertone. With some motor technology licensed from western European companies, but still using the Skoda designed 1289cc engine, Škoda engineers succeeded in designing a car comparable to western production. The technological gap was still there, but began closing rapidly. While still the target of jokes in the West, the Favorits were very popular in Czechoslovakia and other Eastern Bloc countries. They also sold fairly well in Western Europe, especially in the UK, being regarded as solid and reliable, as well as a good value. Their trim levels continued to improve and they were sold right up to the introduction of the Felicia in 1996.

The Velvet Revolution brought great changes to both the politics and economy of Czechoslovakia, and most industries were subject to privatization. In the case of Škoda automobile the government decided to bring in a strong foreign partner. Volkswagen was chosen in 1990 and in April, 1991, Škoda become the fourth brand of the Volkswagen Group. {C VW was pitted against French carmaker Renault, who lost because its strategic plan did not include producing high value models in the Czech factories (The Renault Twingo city car was set to be produced in the Škoda factories.

At the time the decision was made, privatization to a major German company was somewhat controversial; however the subsequent fortunes of other Eastern-Bloc automobile manufacturers such as Lada-AutoVAZ and Zastava, and of Škoda works itself, once Škoda auto's parent company, indicate that this was not necessarily a poor decision.

Backed by VW know-how and investments the design — both style and engineering — has improved greatly. The 1996 model Felicia was still based on the floorplan of the Favorit, but quality improvements helped and in the Czech Republic the car was as popular as it was value for money. The subsequent models Octavia and Fabia finally made their way to the demanding EU markets. They are built on common VWAG floorpans, e.g. Octavia on the Golf floorplan and therefore directly related to the VW Golf, Audi A3 and SEAT León.

The perception of Škoda in Western Europe has changed completely.[3] AS technical development progressed and attractive new models were brought to market, Škoda's image was initially slow to improve. In the UK, a major turnabout was achieved with the ironic "It is a Škoda, honest" campaign which was started in the early 2000s. In a 2003 advertisement on British television, a new employee on the production line is fitting Škoda badges on the car bonnets. When some attractive looking cars come along he stands back, not fitting the badge, since they look so good they must not be Škodas.[4] This market campaign worked by confronting Škoda's image problem head-on — a tactic which marketing professionals regard as high risk. If the Fabia and Octavia had been anything less than excellent cars, then the campaign might have backfired badly. By 2005, Škoda was selling over 30,000 units per year in the UK which amounted to a market share of over 1%. For the first time in its UK history, a waiting list developed for deliveries by Škoda. Škoda owners in the UK have consistently ranked the brand at or near the top of the J.D. Power customer satisfaction survey during the 2000s.

Škoda now has various manufacturing and assembly plants including one in Sarajevo, Bosnia and Herzegovina. Skoda also has an assembly plant in the city of Aurangabad in the western Indian state of Maharashtra.

Škoda is a participant in the World Rally Championship with Škoda Fabia WRC until 2005. {C The 2006 season saw Skoda represented by a private team.